The Har Ghar Tiranga campaign was launched by Prime Minister Narendra Modi to encourage citizens to hoist the National Flag atop their homes to celebrate Independence Day. 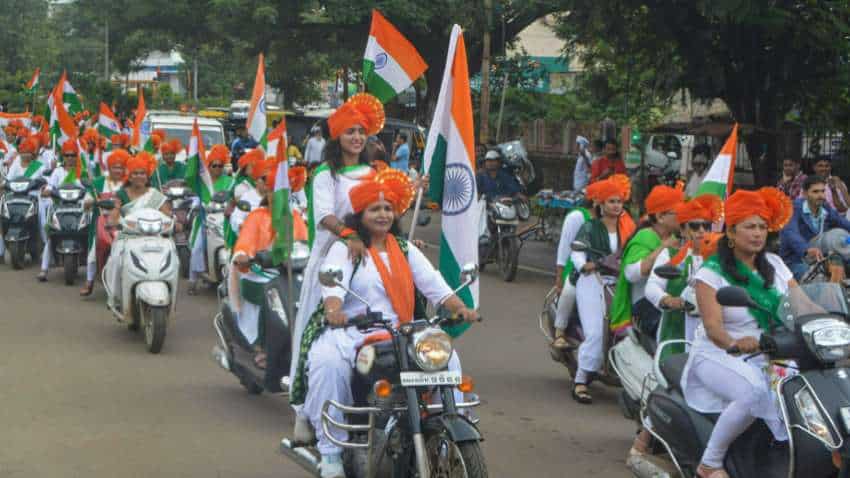 The Har Ghar Tiranga campaign has generated business of Rs 500 crore with over 30 crore flags sold this year, according to traders’ body Confederation of All India Traders (CAIT).

In view of the public response and dedication to the Tricolour, the CAIT has urged the Prime Minister to declare the year, starting 15 August 2022, and ending next 15 August, as 'Swaraj Varsh', the CAIT said in a statement.

Earlier on Monday, PM Modi in his address to the nation from the ramparts of the Red Fort on the occasion of the 75th anniversary of India's Independence said that the public response to the Har Ghar Tiranga campaign is an indication of the revival of the country's collective conscience and its strength, which even "big socialists and experts of social science" cannot imagine.

"The way the country has been on a Tiranga Yatra with Tricolour in hands for the last three days, even big socialists and experts of social science perhaps cannot imagine the kind of strength that my country has. But the Tricolour flag showed it," he said.

The Prime Minister had given a call on July 22 to strengthen the Har Ghar Tiranga movement by hoisting or displaying the National Flag at homes.