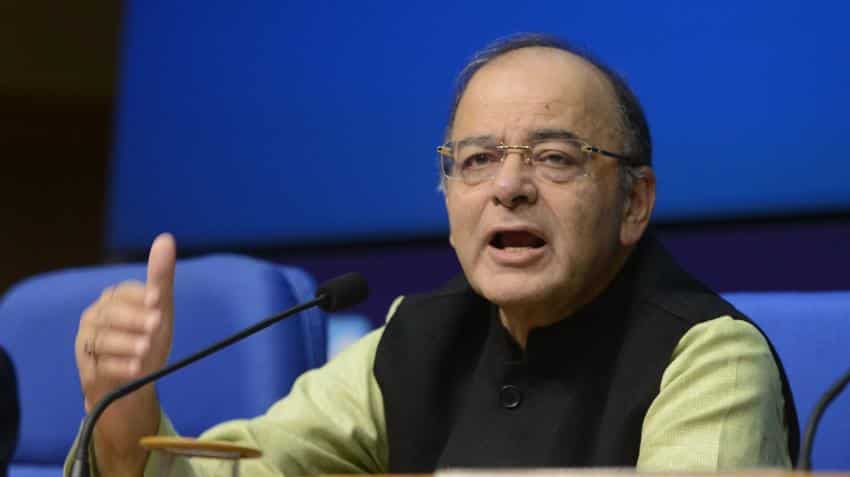 Finance Minister Arun Jaitley said the revenue to be collected is going to expand and there will be expansion of economic activity as well. Image Source: IANS

Ahead of the rollout of GST, Finance Minister Arun Jaitley on Friday sought to address concerns of job loss from reduced work of tax officials, saying they should have no insecurity as enough work and opportunities will be available to them in the new indirect tax regime.

"I see no reason really for disquiet for the simple reason (that) opportunities which are available to people in service and the matter of policy and constitutional guarantee are all protected," he said at the Investiture Ceremony 2017 and International Customs Day 2017 organised by CBEC.

Only the nature of activity will change because there will be one national sales tax replacing an array of central and state levies like excise duty, service tax and VAT.

"Important changes and evolutions which take place are never put on the back burner" just because the people who conduct the activity would now have to work in an altered form and environment, he said.

"The number of people required, the kind of opportunity will remain unchanged except that the nature of activity itself changes," he said.

GST, he said, has for last several yeas been considered as a larger part of policy consensus in India and an important taxation reform that will lead to the economic integration of the country.

"Once it takes place you have a situation where taxes (that) are levied by the state (and) by Centre (will) all be integrated into one and therefore resulting in one assessment. Multiple systems on assessment which is there at present will evolve into a newer kind of system," he said.

He was responding to Central Board of Excise and Customs (CBEC) Chairman Najib Shah's remarks drawing his attention to "the rising disquiet in the cadre", saying there were human resource issues in the service..

Jaitley said the revenue to be collected is going to expand and there will be expansion of economic activity as well.

"Therefore even though you have two parallel machineries which could now be converging into similar kind of activities and shared responsibility, I think the future will stand witness to the fact that there will be adequate amount of opportunities to be created and therefore the kind of disquiet in service, the kind of personal pressure I see on you should reduce as there is no real occasion for a fear of this kind or a sense of insecurity for anyone in this service," he said.

The Finance Minister said change and evolution are an integral part of any economic order, and they are never held back because the nature of responsibility is going to change.

"This is an ongoing process it will continue and we will all have to adjust ourselves with this particular change. I can only assure you that there is no reason for disquiet, you can go and have a comfortable sleep tonight," he told the revenue officials.

Revenue Secretary Hasmukh Adhia told the officers that they will have enough work to do under GST.

No decision by GST Council on dual control yet, says Kerala FM

Wheat prices may come down by Rs 5-6/kg: Flour millers on govt move to sell wheat in open market