GST Council Meeting: On the first day of the meeting, the council has decided to bring pre-packed and labelled food items like meat, fish, curd, paneer, and honey under GST ambit. 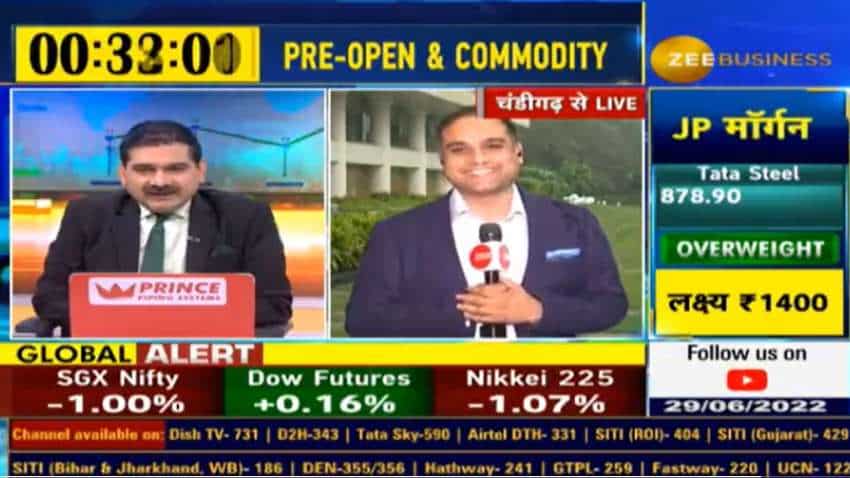 Goa and Sikkim have larger apprehensions on the mechanism related to rate hikes on the casino and online gaming: Zee Business

GST Council Meeting: The Goods and Services Tax (GST) council, on its second day of the meeting, is likely to discuss a rate hike on online gaming and casinos to 28 per cent from 18 per cent among other agendas, said Zee Business Special Correspondent Tarun Sharma.

He also noted that the council is also may discuss the GST compensation, which isn’t on the agenda, and two states – Chhattisgarh and West Bengal have written to the government on this.

The states such as Goa and Sikkim have larger apprehensions about the mechanism related to rate hikes on the casino and online gaming, Sharma said, adding that these two states see a lot of tourists’ footfalls, which is also one of the important revenue sources for them.

He added that a Group of Ministers (GoM) recommendation was sought on this issue, and it is likely that council ministers may approve the rate hike on the casino and online gaming.

Top online skill gaming associations on Tuesday expressed deep concern at reports that the GST rate on online skill games may be increased from the existing 18 per cent to 28 per cent, IANS reported.

On GST compensation, Sharma said that the states are scheduled to get it by June 30 and non-BJP states are of the view that the compensation should be increased by around 3-5 years. A discussion on the same is likely, he added.

States have been getting lower than the decided growth rate, Sharma said quoting the Kerala minister. The rate decided was 14 per cent, while they are getting 11-12 per cent, plus two years of Covid.

On the first day of the meeting, the council has decided to bring pre-packed and labelled food items like meat, fish, curd, paneer, and honey under GST ambit and the same will also be levied on the fee that banks charge for the issue of cheques.

The panel headed by Union Finance Minister Nirmala Sitharaman and comprising representatives of all states and UTs, on the first day of the two-day meeting accepted the GoM's recommendation for reviewing the exemption from GST that packed and labelled food items currently get.

GST on mobile phones raised to 18%, rates on MRO services cut to 5%