The government has started developing 'climate smart agriculture' through a national-level project under which farmers are being made aware and capable of adopting climate-friendly farming techniques. 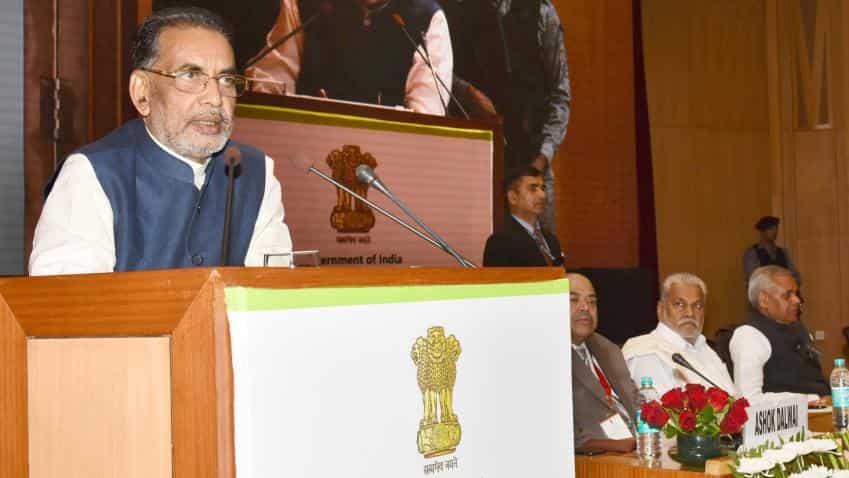 The government is working towards increasing farmers’ income and that’s the reason budget for agriculture has been increased from Rs 51,576 crore in 2017-18 to Rs 58,080 crore for the year 2018-19, said Union Agriculture Minister Radha Mohan Singh in Delhi today.

Addressing the National Conference "Agriculture 2022 - Doubling Farmers’ Income", the minister said the government has also ensred sufficient funds for each component of the seven-point' strategy devised for doubling farmers’ income.

Radha Mohan Singh said that apart from keeping the food and agricultural products warehouses well-stocked, the government is keen to see farmers prosper and is working diligently to achieve the same.

In this budget, he said, an announcement of Rs 2000 crore for Agri Market Development Fund has been made, which shows the importance of the retail market in agriculture marketing.

"These markets have been called as GRAM (Gramin Retail Agriculture Market). Through these markets infrastructure of 22,000 Rural Haats and 585 APMC markets will be developed," the Agriculture Minister said.

The government had started forming a committee in April 2016 to implement a comprehensive plan to double the income of farmers. The committee included senior economists, joint secretaries of food processing, crop, Animal Husbandry and Dairy and Policy departments; agricultural advisor to NITI Aayog and many other non-official members.

The government is keen to make agriculture policies and programs 'income centric' instead of 'production-oriented', he said, adding that the emphasis is on adopting a multi-dimensional seven-point' strategy to achieve this ambitious objective.

The multi-dimensional seven-point' strategy, as suggested by Prime Minister, includes:

The Agriculture Minister stated that in a huge country like India with wide economic disparities, it is a challenge to ensure the physical and economic access to the basic good to far-flung remote areas.

The government has started developing 'climate smart agriculture' through a national-level project under which farmers are being made aware and capable of adopting climate-friendly farming techniques, he added.

PM Kisan 12th Installment Date 2022: 6 more days to complete eKYC; here is how to do it – step-by-step guide