It's a big decision by Modi government for the benefit of people who remained worried about the purity of jewellery and artefacts while buying gold. 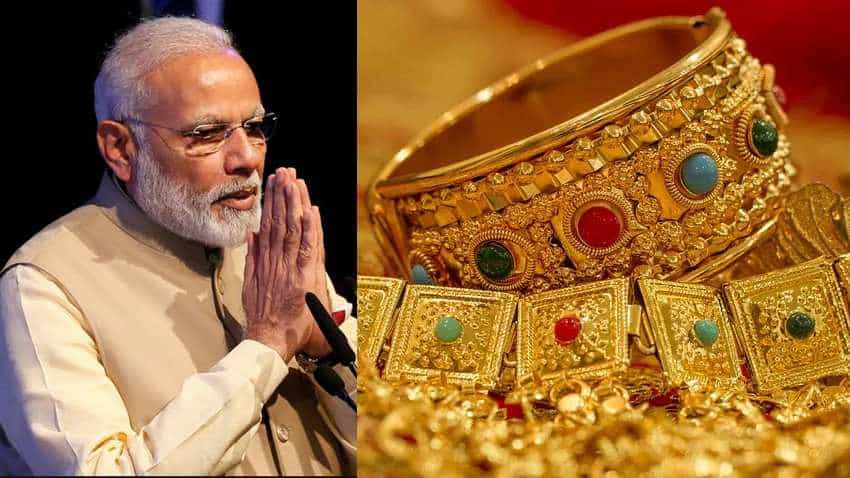 Hallmarking will benefit the poor people in villages and small towns who are not able to make out the purity of gold they have been buying.

Addressing the media, Paswan said that hallmarking of gold jewellery and artefacts is being made mandatory in India for which a notification will be issued by the Department of Consumer Affairs and a period of one year will be given for implementation to ensure that new assaying and hallmarking centres will be set up by private entrepreneurs at locations where demand of gold jewellery and artefacts arises.

One year time to jewellers

Jewellers will also get a year's time for completion of their registration process and retailers also would have a year to clear their existing stocks.

The minister said that hallmarking will benefit the poor people in villages and small towns who are not able to make out the purity of gold they have been buying.

-The Bureau of Indian Standards Act 2016 has enabling provisions under Section 14 and Section 16 for making hallmarking of gold jewellery and artefacts mandatory by the Central government.

-BIS has been running a hallmarking scheme for gold jewellery since April 2000.

- As on October 31, 2019, there were 877 assaying and hallmarking centres spread in 234 district locations across the country and so far 26,019 jewellers have taken BIS registration, as per the statement.

The World Gold Council (WGC) welcomed the move and said that it would benefit both the consumers and traders alike.

Somasundaram P.R., Managing Director, India, WGC said: "This is an excellent step in the right direction, a long overdue policy action. It will bring trust back to the gold industry, benefiting consumers and trade alike. It will change the image of the Indian gold industry and enable it to market our famed jewellery handcrafting skills in an environment of trust and transparency."

"Mandatory hallmarking would lead to more jobs in assaying and purity verification which in turn will support the gold monetisation scheme, he said adding that the period of one year to transition takes into account business realities and is very supportive of trade.

The decision however received concerned reactions from the market as market players say India significantly lags in terms of assaying and hallmarking centres.

Jewellery trader and former Chairman of the All Indian Gems and Jewellery Federation Chairman, Bachhraj Bamalwa said: "Although there is not going to any major impact on the market because most of the jewellers in the metro cities carry out hallmarking, there will be issues in the three tier and four tier cities as there are no hallmarking centres. Traders in small cities will find it tough to get their jewellery stock hallmarked, as the reach of the hallmarking centres is quity low."

"Government should take the industry into confidence in order to make the law," Bamalwa said, as per IANS.

Gold Price Today: Gold to trade in a range ahead of US Fed rate announcement; experts give intraday trading strategy