From GST to bank reforms, here's what Arvind Subramanian said about Indian economy

Talking on list of factors in regards to Indian economy, the CEA Arvind Subramanian laid out various measures which the government can adapt for the country's long term prosperity. 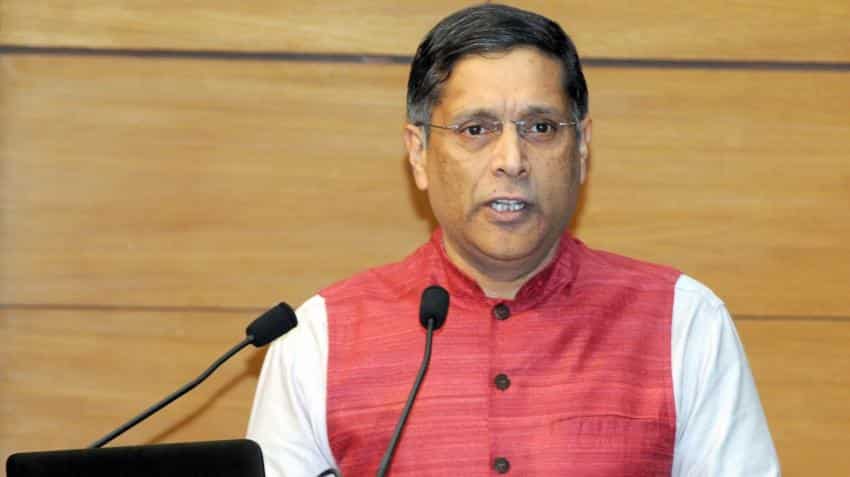 India's chief economic adviser Arvind Subramanian on Tuesday spoke on a range of issues related to bank recapitalization, roll out of Goods and Services Tax and policy reforms. He went on explaining various solutions which the government can adopt in future for the country's potential economic growth.

Subramanian, whose tenure as CEA has recently been extended, earlier told Mint in an interview, that India has potential to achieve 8.5% annual economic growth rate.

Further, the CEA agreed on the number of decelerating economic indicators but also believed that not all of them were an outcome of two big reforms namely GST regime and demonetisation.

He said, "GST and demonetisation, I see as transitional negative supply and demand shocks. Since they are transitional, we will hopefully move beyond them."

In India since past few quarters deeper problems like subdued private investment in India, lower rate of growth in government spending, slowdown in consumption spending and corporate debt overhang continue to remain.

Private Consumption constitutes about 54% of GDP and grew by 7%. Last year for the same quarter, consumption grew at 8%. While government's final consumption expenditure just grew by 0.6% to 17.2% in Q1FY18 versus 16.6% in Q1FY17.

Talking about GST slabs in an interview with Economic Times, Subramanian said that these multiple rates will converge in three tax structure. According to him, these three would comprise a “poor man’s” rate within 0-5%, a “core” rate merging the rates ranging from 12-18% and the demerit rate of 28%.

He said that more items like real estate, natural gas and electricity products should be added under the "one tax one nation" regime which came in effect from July 01, 2017.

On tax collections under GST, Subramanian stated that these were happening properly and added that people would be surprised by amount of expansion the country’s tax base has reached.

GST revenue collections in October came in at Rs 95,131 crore compared to collection of Rs 93,141 crore in previous month. Also average revenue shortfall of states has come down to 17.6%.

In regards to latest development, the Moody's up-gradation in India's rating to "Baa2", Subramanian told Mint, "My personal view is that rating agencies do not and should not be either the motivator or the cause of government’s reform actions. They are the welcome collateral consequence and affirmation of what government has done."

CEA Arvind Subramanian: Not leaving because government is unhappy with me