India's FMCG industry saw a decline in volume in September quarter this year, though it registered a value-led growth of 12.6 per cent, according to a report by data analytics firm Nielsen. 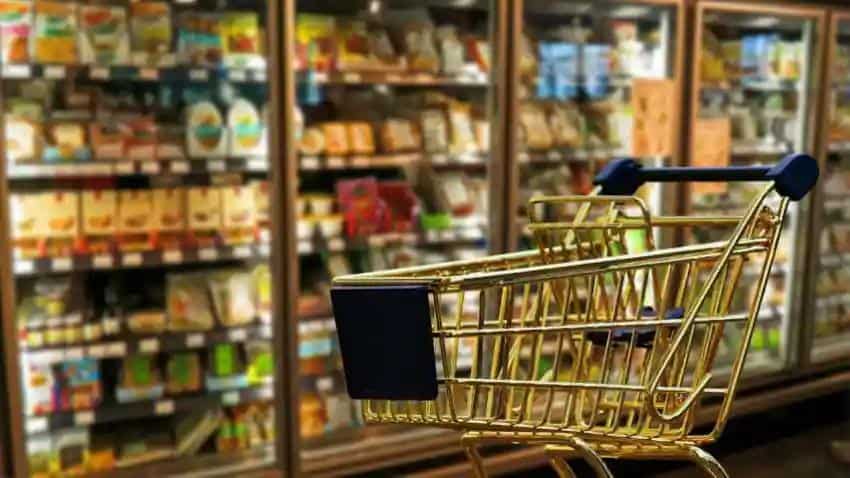 The price-led growth is largely driven by the food basket, which contributes 59 per cent to the FMCG industry. Image source: Pixabay

India's FMCG industry saw a decline in volume in September quarter this year, though it registered a value-led growth of 12.6 per cent, according to a report by data analytics firm Nielsen.

While the metro market saw an upswing, rural markets slowed down due to consumption decline, it added. Earlier, rural was ahead of urban in terms of growth, after quickly recovering from the first wave of the pandemic.

Besides, macro-economic factors such as high commodity prices continued to impact consumption growth during the quarter, added the FMCG Snapshot released by NielsenIQ's Retail Intelligence team.

"Overall, the Indian FMCG industry witnessed a significant price-led growth in the quarter on account of increasing commodity & raw material prices, and high fuel prices leading to higher transportation costs. This resulted in double-digit nominal growth, but a drop in consumption (volume) growth for the industry," it said.

The price-led growth is largely driven by the food basket, which contributes 59 per cent to the FMCG industry.

"This was seen especially in staple foods like cooking mediums (edible oils), habit-forming foods like hot beverages such as tea and impulse foods like salty snacks and confectionery. Volume growth is driven by packaged rice, breakfast cereals, butter margarines, and chocolates," it added.

Moreover, small players were impacted the most while large players consolidated, the report said.

Of the total value growth of the FCMG industry in September quarter, as compared to a year ago, 76 per cent contribution came from large manufacturers, while small players had just 2 per cent, the rest coming from mid-size players, it added.

Moreover, brick-and-mortar was back in focus, as modern trade stores grew 17 per cent in the quarter, registering double-digit growth as compared to the year-ago period.

The e-commerce channel growth remained steady during the quarter on account of the base effect, given the high growth of foods in e-commerce post the first wave of COVID-19 in the country.

According to the report, urban markets led by metros including Kolkata, Hyderabad, Mumbai and Pune led this growth.

"This quarter, food products like cooking mediums and impulse foods, while within Non-foods - personal care and fabric care are contributing to the uptick in metros," it said.

However, rural markets witnessed a decline of 2.9 per cent in volume due to slowdown in consumption despite a 9.4 per cent value growth.

The segments that slipped were cooking medium, packaged grocery, hot beverages, among others, the Nielsen report said.

"However, the rural growth slipped on volume/consumption”, he said addin though there continues to be pressure on the consumer, this is offset by the encouraging uptick seen in modern trade in rban markets.

In July-September 2021, popular price segments, across the FMCG industry saw an uptick, contributing 59 per cent in comparison to 56 per cent in January-March 2020.

Mass price segments saw a drop in value contribution -- 17 per cent in July-September 2021 in comparison to 19 per cent in January-March 2020.

FMCG consumption worth $45 billion to be influenced by digital by 2020: Report