The Ministry of Home Affairs has issued a set of instructions to the states and UTs on Independence Day celebrations on August 15. 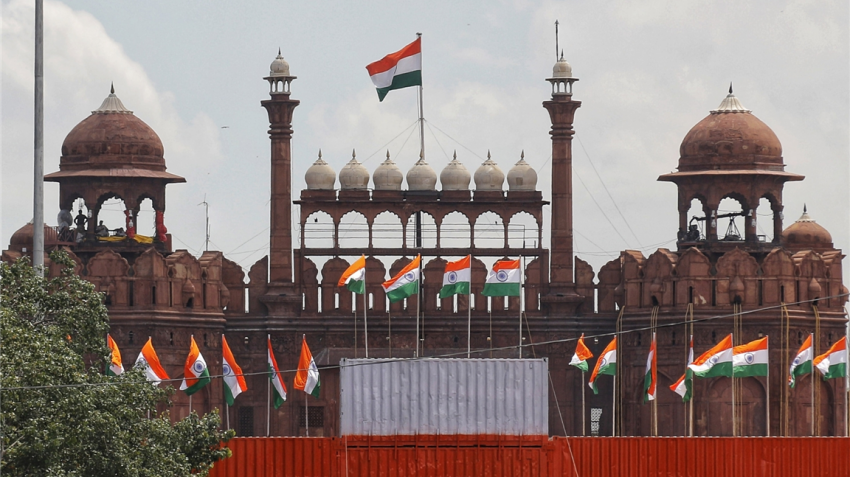 ‘At Home’ function at Governor/LG House may be commenced in the evening (after 5 pm). Source: IANS

Flag hoisting time on 15 August 2022: India's Independence Day is celebrated on August 15 every year. August 15 is a national holiday. Independence Day is celebrated with National Flag hoisting, parades and cultural events in different parts of the country. Prime Minister of India unfurls the National Flag or Tricolour at the ramparts of the Red Fort and addresses the nation.

The Ministry of Home Affairs has issued a set of instructions to the states and UTs on Independence Day celebrations on August 15.

As per the notice issued by the MHA, the celebration of Independence Day Ceremony/hoisting of National Flag at State Capitals/ District Headquarters/ Sub-division/ Block / Gram Panchayat/ Villages etc. should commence in the morning after 9 am.

Every year, the independence day celebration commences with gaiety and enthusiasm in Delhi. As per the government notice, the ceremony at Red Fort will consist of-

-Showering of flower petals by the helicopters of the Indian Air Force.

-A speech by the Prime Minister, singing of the National Anthem immediately after the PM's speech, and release of tri-colored balloons at the end.

‘At Home’ function at Governor/LG House may be commenced in the evening (after 5 pm). This function represents a diverse set of invitees apart from usual protocol based invitees.

The government has already launched a new Har Ghar Tiranga campaign to encourage the citizens to hoist the National Flag atop their homes. Under the aegis of Azadi Ka Amrit Mahotsav, the Har Ghar Tiranga campaign's objective is to instill a feeling of patriotism in the hearts of people and reminisce the contribution of those who tirelessly worked for nation building. It is envisaged that all citizens should be encouraged to hoist Tiranga in their homes during the period from August 13 to 15.