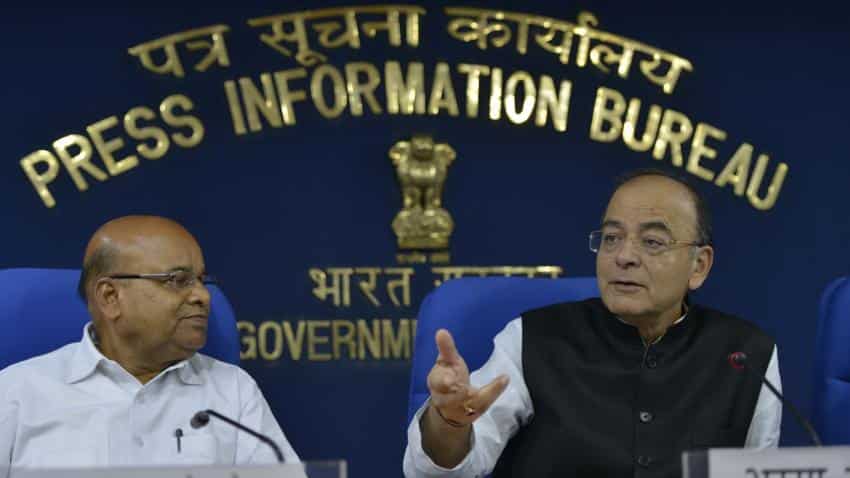 In the April to June quarter of FY18, India’s GDP slipped to register a growth of 5.7% in comparison to a 7.9% in the corresponding period of FY17.

This is the fifth consecutive quarter that witnessed a fall in GDP. India's GDP growth was at its lowest in three years.

Index of industrial production (IIP) numbers were also released on Thursday which showed the index had grown by 2.4% for eight core industries. IIP for July stood at 119.8. Its cumulative growth during April to July, 2017-18 was 2.5%.

"The lingering impact of demonetisation is visible in the low growth of construction. The GDP and GVA (growth value added) estimates have undershot our and market expectations by a considerable degree.  The combination of lower volumes and higher discounts pre-GST (goods and services tax) and positive WPI (wholesale price inflation) weighed upon the manufacturing sector in Q1," said Aditi Naya, Economist at ICRA.

"The outturn is weaker than expected. Instead of expected acceleration in government spending, there has been a sharp slowdown. Also, growth drag on industrial sectors on account of transition to GST (goods and services) appears to be much sharper than that suggested by high frequency indicators. But despite the overall poor optics around the headline growth that has printed in the 5 percent handle for the second quarter, there are silver linings," said Abhishek Upadhyay, Economist, ICICI Securities.

India’s Finance Minister, Arun Jaitley voiced his opinion about the fall in GDP and other matters.

GDP: “Fall in GDP is a matter of concern.”

Investments: Considering the 28% drop in GDP numbers Jaitley added that investments and policy will have to be pulled up in the coming quarters.

Manufacturing: “Manufacturing growth has bottomed out,” he said adding that it was down due to the roll out of Goods and Services Tax (GST) and destocking of goods. GST came into play on July 1, 2017. However, Jaitley said he expected manufacturing levels to pick up from current levels going forward.

(With inputs from agencies)

Many headwinds to more than halve H2 growth to 4-4.5%: India Ratings report