The central bank also hiked the cash reserve ratio by 50 basis points to 4.5 per cent after an unscheduled meeting of the rate-setting panel, citing increased inflation pressures following the Ukraine war and the resultant spike in crude oil prices. 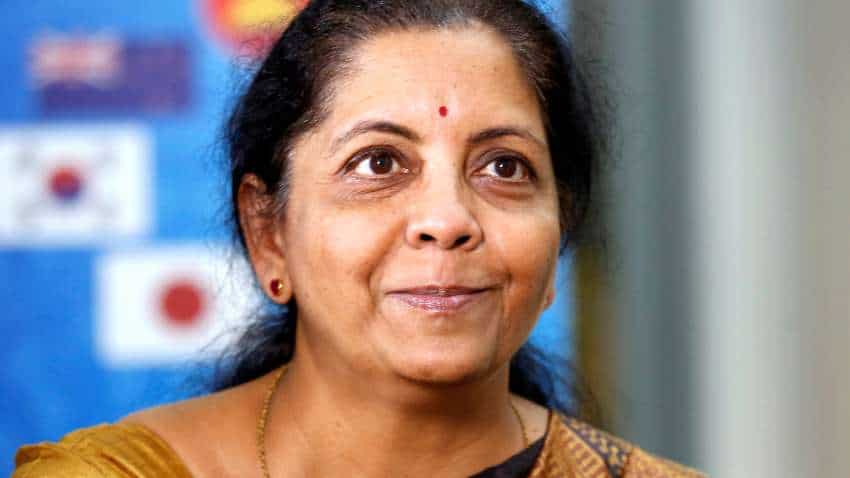 RBI, for the first time since August 2018, had on May 4 delivered a blunt 40 basis points increase in key repo rate to 4.40 per cent: Reuters

The recent interest rate hike by the Reserve Bank of India (RBI) was not surprising, Finance Minister Nirmala Sitharaman said, however, the timing was. She asserted that the rising cost of funds will not impact the government's planned infrastructure investments.

The central bank also hiked the cash reserve ratio by 50 basis points to 4.5 per cent after an unscheduled meeting of the rate-setting panel, citing increased inflation pressures following the Ukraine war and the resultant spike in crude oil prices.

Retail inflation printed at 6.9 per cent in March and the April reading is forecast to top 7.7 per cent.

But the US Fed had been saying it all the while, Sitharaman said in her first reaction to the rate hike while addressing an award function organised by the Economic Times on Saturday evening here.

She said that in the last MPC meeting, the RBI gave indications that it's time for them to also act, and the hike was part of a synchronised action by major central banks across the globe.

In a way, it was a synchronised action. Australia did it, and the US did it that night. So, I see a greater understanding among central banks nowadays. But the understanding of how to handle recovery from the pandemic is not fully unique or typical for only India. It's a global issue.

"And even as we handled that recovery, inflation, which was really festering and festering at some unbelievable highs, let us say in the US and Britain, not so much in our country...Still, the challenge of recovery versus inflation seems to be following a particular template that's across the globe now, she said.

However, she was quick to assert that the central bank's decision will not impact the government's planned huge infrastructure investments running into tens of billions of dollars.

On the economic sanctions against Russia after its invasion of Ukraine, she said the blockades were constraining us as traditional buyers from Russia were shifting to sources from the Indian basket of crude, 80-85 per cent of which is from the Middle East. This shift was likely to put more pressure on the Indian crude basket price.

?The sanctions have resulted in people rushing to alternative sources where countries like us are there for decades. Now suddenly it will be crowded with more people who want to buy the same thing. So, supply and price factors will now have its ramification on us,? she said and made it clear that India will continue to buy crude from wherever it was available cheaply.

In matters related to our oil consumption and buying it from the source which gives us a concessional rate, we've asserted our right in doing that. We've been explaining that we'll certainly purchase it, so it is something that hasn't been said for the first time. We'll go ahead with what is good for us. We need cheap fuel. If it is available, why won't we want to buy it, she said.

Sitharaman said even before the war, there was an increase in prices of fertilisers. The government had to seek extra spending approval during the supplementary demands because of the way crude oil was playing up and the rise in commodity prices due to supply disruptions.