Eknath Shinde party symbol: "Our Balasahebanchi Shiv Sena is the party of the masses, it's the legacy of Balasaheb Thackeray and belongs to all ordinary people," said Shinde. 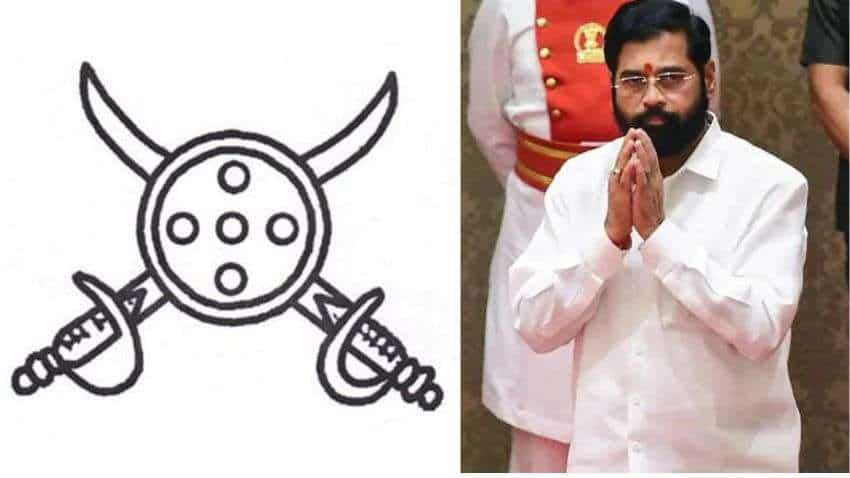 The EC has made the interim arrangement to enable the party put up a candidate for the upcoming by-polls to Andheri East assembly elections and till the dispute in the matter is resolved.

Welcoming the development, Shinde said that the Two Swords & Shield has origins in Maharashtra and is synonymous with the 'Mavlas' (soldiers) of Chhatrapati Shivaji Maharaj.

"Our Balasahebanchi Shiv Sena is the party of the masses, it's the legacy of Balasaheb Thackeray and belongs to all ordinary people," said Shinde.

Another senior party leader Shahaji Bapu Patil said that the Balasahebanchi Shiv Sena is satisfied with the new symbol which also signifies the Kshatriya fighters and the Maratha warriors.

While permitting the 'Two Swords & Shield', the EC rejected Shinde's other option -- a Sun with rays -- since it resembled the symbols allotted to some other parties and earlier it declined to allow its demand for Trident and Mace as these had religious connotations.

The development came a day after the Shiv Sena (Uddhav Balasaheb Thackeray) was given a new identity and also the 'Flaming Torch' symbol, which the party has celebrated with gusto by lighting fire-torches all over the state on Tuesday.