The meeting also focus on the role of the party ideologue, the late Deen Dayal Upadhyay, during his birth centenary and how best to commemorate the occasion. 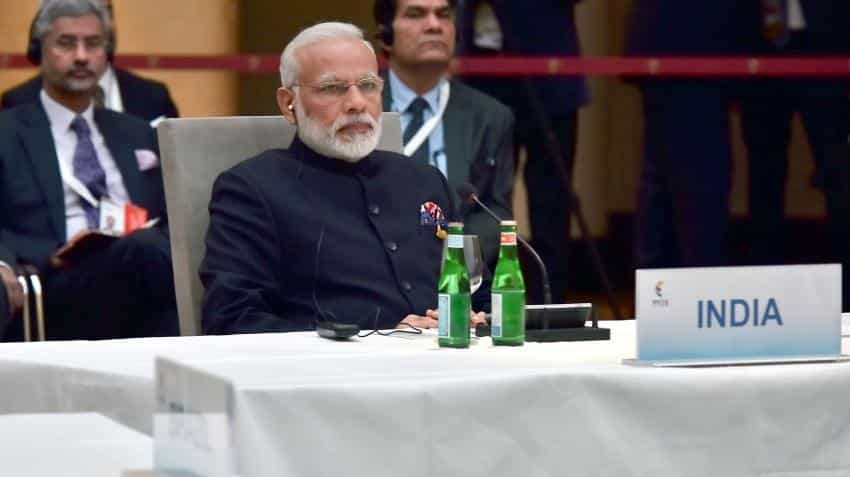 The slowdown in economic growth, the lack of jobs, a stimulus package to kickstart the economy and the next round of assembly polls are expected to dominate the BJP National Executive meeting here on Monday which will be addressed by Prime Minister Narendra Modi and party President Amit Shah with the political and economic resolutions to be its highlights.

The meeting also focus on the role of the party ideologue, the late Deen Dayal Upadhyay, during his birth centenary and how best to commemorate the occasion.

The government is concerned over the latest Gross Domestic Product (GDP) figures which has shown a growth rate of 5.7 per cent and Union Finance Minister Arun Jaitley has been talking of a package to revive economic growth after the November 8 demonetisation slowed it down. An economic resolution is also likely to be passed keeping the focus on demonetisation and the roll out of GST.

The sources said the economic resolution is likely to mention demonetisation as a "bold decision to curb the menace of corruption" and the passage of Goods and Services Tax (GST) as another feather in the Modi government`s cap.

Shah will deliver the inaugural address on Monday while Prime Minister Modi will address the concluding session.

Modi is likely to address the concerns over the Indian economy and is all set to list his government`s achievements in the last three years.

Usually, the National Executive members alone attend the meeting but this time, the BJP is holding an extended meeting, with invites going to all elected representatives of the party.

The first day of the two-day meet, which began here on Sunday with the office bearers meeting, was dominated by Amit Shah` countrywide journey being hailed as "very successful" in view of his attempts to create a "conducive environment" for the 2019 Lok Sabha polls.

The BJP office bearers, who along with state BJP Presidents and General Secretaries (Organisation) met here at the NDMC Convention Centre to finalise the agenda of the National Executive meet, reviewed the organisational work and said that the party workers` morale was quite high after Shah`s nationwide tours and meetings.

During his nationwide tour, Amit Shah travelled more than 50,000 km, held 309 organisational meetings and 176 programmes, and interacted with 18,000 intellectuals across the country, BJP General Secretary Bhupendra Yadav told reporters after a meeting of party office-bearers during the ongoing National Executive meet.

Besides, he said, Shah had 800 interactions with the regional media.

"Sangathan me utsah ka mahol bana hai (An atmosphere of enthusiasm has been built in the party)," Yadav said, adding that four lakh `vistaraks` or volunteers who pledge to work full-time for the party for 15 days have joined and worked in 4,100 assembly constituencies.

He said party offices in around 85 per cent of the districts across the country have been set up, apart from library-cum-study centres in 26 states.

Yadav said that the "New India" and "Swachhta" resolves would also be taken forward.

BJP Vice President Vinay Sahasrabuddhe gave a presentation on Shah`s countrywide tour and said that his yatras have rejunviniated the party workers.

"BJP is a party of cadres and interaction with them has been party`s speciality. Amitji`s countrywide tour has prepared a base for 2019 Lok Sabh polls," a BJP leader, who was present in the meeting told IANS on the conditions of anonymity.

Earlier, Shah inaugurated the party office-bearers meeting and also addressed it. Sources said that he spoke at length about Upadhyay`s vision and the programmes taken by party to celebrate his birth centenary.

To mark the birth centenary of Rashtriya Swayamsevak Sangh ideologue, the BJP had asked all its state units to hold programmes. Shah will also take stock of the campaign.

The main meeting will be held on Monday at the Talkatora Stadium.