Jaitley said the government has come out with laws to contain overseas black money as well as those dealing with domestic black money and cracking down on shell companies. 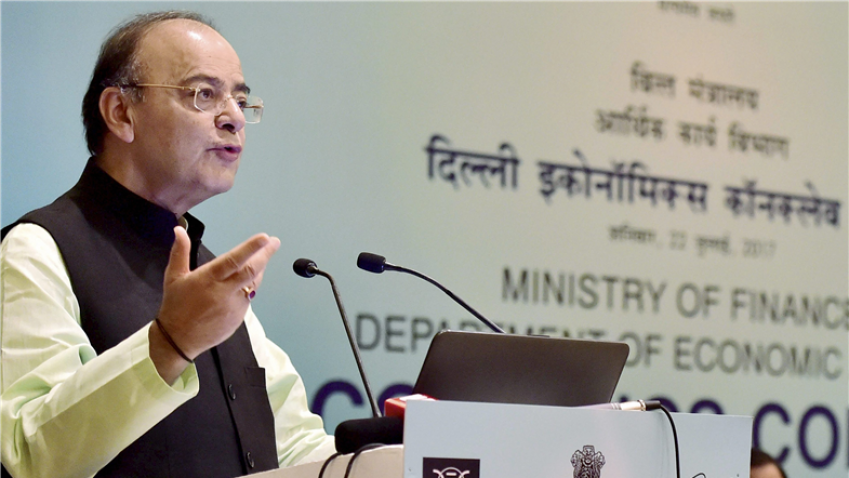 Finance Minister Arun Jaitley today said demonetisation and GST will make cash transactions a lot more difficult and lead to greater compliance as well as expansion of tax base.

Jaitley said the government has come out with laws to contain overseas black money as well as those dealing with domestic black money and cracking down on shell companies.

The minister said the country had reconciled to a Indian normal -- a very large number of tax non-compliance and very large amount of transaction which took place outside the system.

"There was almost a helplessness in trying to deal with the situation. Every year through the Finance Bill we would announce some changes which at best had a marginal impact. I think the lasting impact of those marginal changes was not very significant.

"And therefore, steps had to be taken in order to make a very significant impact," he said, adding that seen in totality, the steps taken by the government will have a "great long term impact" and a "substantial ethical rationale" behind it.

"Net impact of the demonetisation exercise coupled with the GST exercise, which is going to make generation of cash a lot more difficult, will certainly lead to greater compliance, greater digitisation. And the first signs of greater digitisation, expansion of the tax base of direct and indirect taxes is already visible," Jaitley said.

Speaking at the Delhi Economics Conclave organised by the Finance Ministry, he said the first significant step taken by the government, which shook the system, was penal action against those who stashed money abroad.

He said one easy format of subversion has always been the shell companies, which are created by multi-layering of companies.

"This had almost become standard operating procedure and this was not only used by businesses but was used to round trip corruption money by politicians, by civil servants," the minister added.

Jaitley said not only the detection of this but the decision to invoke the benami property law in acquiring these assets by the state is going to be a big deterrent and already revenue department has started doing that.

"The sooner this business of routing this money through the shell companies does collapse, I think the better it is going to be for the formal economy for this country," he said.

The amended benami property law, Jaitley said is "sending shiver down the spine" of those who conventionally used this methodology of round tripping of tax avoided money or corruption money and bringing it back into the system.

Goods and Services Tax (GST), rolled out on July 1, is the biggest taxation reform since Independence and is expected to boost GDP growth and help tax evasion as every transaction in the value chain gets recorded digitally.

The demonetisation of 500 and 1000 rupee announced on November 8, 2016, has suck out over Rs 15 lakh crore worth old currencies from the system and move was aimed at cracking down on black money holders.

Post demonetisation, the government has taken many steps to encourage digital transaction.