Delhi's air quality remained in the very poor category on Tuesday even as the minimum temperature slipped to 9.8 degrees Celsius. 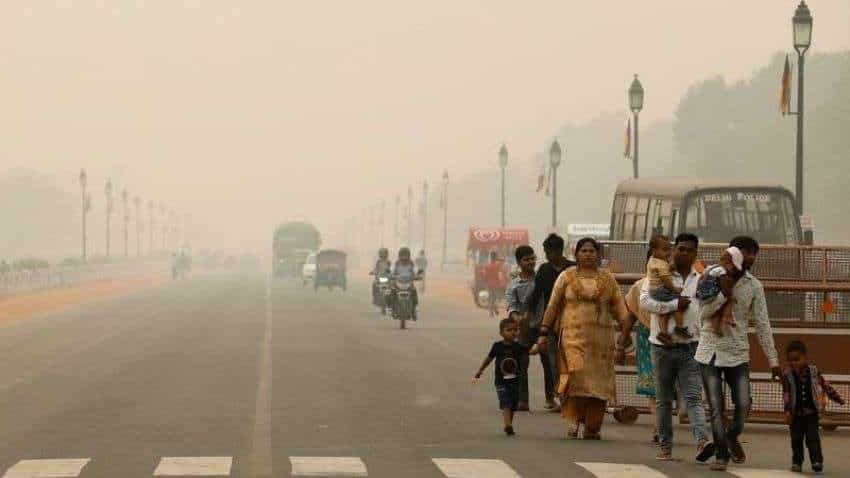 Delhi's air quality remained in the very poor category on Tuesday even as the minimum temperature slipped to 9.8 degrees Celsius.

The 24-hour average air quality index (AQI) read 329. It stood at 389 on Monday. The city had recorded air quality in the severe category for three days on the trot.

Delhi had recorded a marginal improvement in air quality due to favourable wind speed. The neighbouring cities also saw some improvement in AQI compared to the readings the previous day, with some moving to poor from very poor.

The India Meteorological Department on Tuesday said the minimum temperature in the morning was recorded at 9.8 degrees Celsius.The relative humidity was around 88 per cent at 9:30 AM.

The maximum temperature on Tuesday is likely to settle around 26 degrees Celsius, according to IMD.

Delhi Environment Minister Gopal Rai on Monday had said the ban on construction and demolition activities in Delhi will continue till further orders in view of the high air pollution levels.

The ban on the entry of trucks barring those engaged in essential services will continue till December 7, while CNG and electric trucks will be allowed to enter Delhi, Rai said after a review meeting with officials of departments concerned.

Delhi-NCR wakes up to fog; records very poor AQI of 370