Constitution Day: Quoting Mahatma Gandhi, PM said the fundamental rights were those liabilities that should be fulfilled by citizens with utmost fidelity and true integrity. 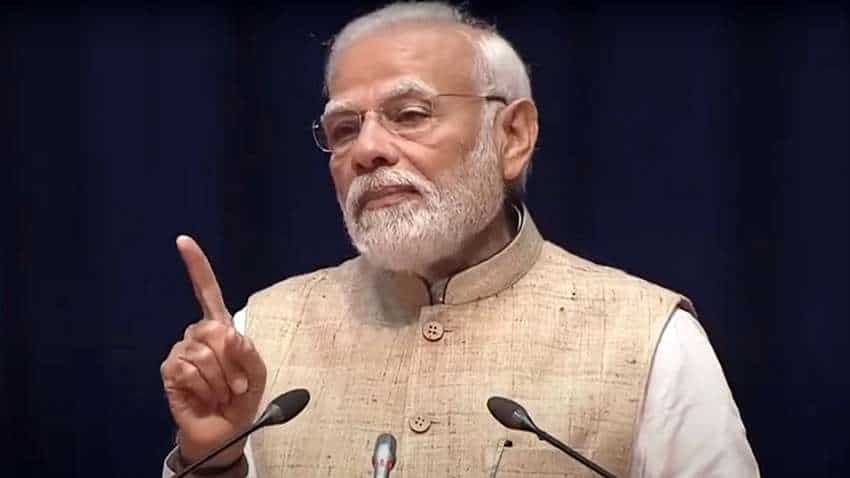 Constitution Day: Prime Minister Narendra Modi on Saturday participated in the Constitution Day celebrations and said that fulfilling fundamental duties should be the first precedence of citizens to take the nation to greater heights as it marches ahead towards the centenary of its Independence.

PM Modi addressed a gathering at the Supreme Court of India on the occassion of Constitution Day, and said the entire world is looking at India which is witnessing rapid-fire development and profitable growth. He said that defying all the initial apprehension about its stability, India is moving ahead with full force and taking pride in its diversity.

Quoting Mahatma Gandhi, PM said the fundamental rights were those liabilities that should be fulfilled by citizens with utmost fidelity and true integrity. "Be it an individual or institutions, our duties are our first precedence. The Amrit Kaal is the period of duties for us," the prime minister said.

Today, on Constitution Day, we pay homage to those greats who gave us our Constitution and reiterate our commitment to fulfil their vision for our nation. pic.twitter.com/eKVwA7NdaB

The prime minister expressed happiness that as the 'Mother of Democracy', the country is strengthening the ideals of the constitution and pro-people policies are empowering the poor and women of the country. He stated that laws are being made easier and accessible for the common citizens and the Judiciary is taking many steps to ensure timely justice.

He also informed that in a week’s time, India is going to attain the G20 Presidency, and stressed the need to promote the prestige and reputation of India in the world as a team. “It is our collective responsibility”, he added, “The identity of India as the mother of democracy needs to be further strengthened.”

Conveying his greetings for Constitution Day, the prime minister recalled that in 1949 on this day, Independent India laid the foundation of a new future for itself. He also paid tributes to Dr BR Ambedkar and all the members of the Constituent Assembly.

The prime minister highlighted the contributions of countless individuals from the Legislature, Judiciary and Executive in the last 70 years of the journey of development and expansion of the Indian Constitution, and thanked them on behalf of the entire nation on this special occasion.

Addressing a programme on Constitution Day at the Supreme Court. https://t.co/pcTGKhucYc

On the occassion of the anniversary of the 26/11 Mumbai terror attacks, PM paid his tributes to the ones who lost their lives in the dastardly attack on country's financial capital in 2008 and recalled that on November 26, India faced the biggest terrorist attack in its history by the enemies of humanity.

Tata Steel shocks the Street with quarterly loss; what should investors do?