Government could announce a 10-12 per cent rise in healthcare expenditure. The healthcare segment could see a higher allocation by Rs 18,000 cr in its overall package. In the 2021 Union Budget speech, Rs 223,846 cr was announced as overall expenditure 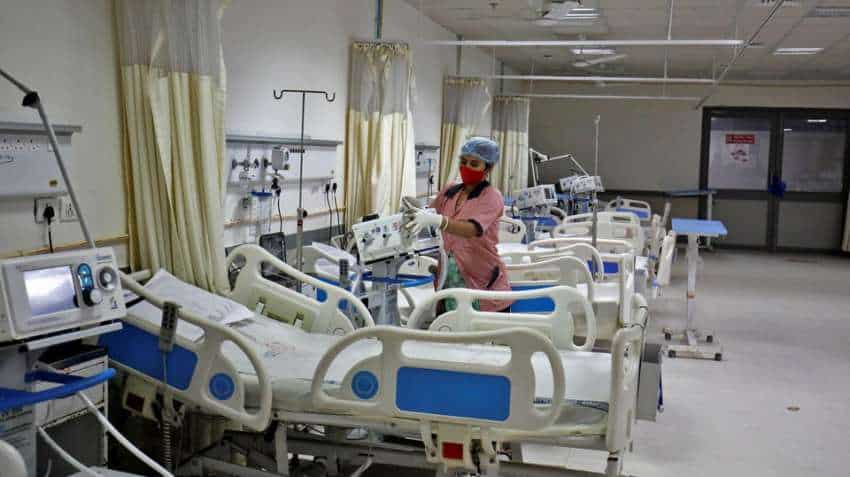 Budget session of the Parliament is going to start on January 31, 2022. Union Finance Minister Nirmala Sitharaman will present the Union Budget 2022 in Parliament on February 1, 2022. Source: Reuters

Budget 2022 Expectations – Less than a fortnight left before the Union Budget 2022 is announced and expectations for the government are only pouring in. Likewise, the healthcare sector is also looking for its own share of benefits.

The healthcare sector could see some big-ticket announcements in the 1 February 2022 budget speech from Finance Minister Nirmala Sitharaman. Zee Business brings an exclusive news related to this sector.

The government could announce a 10-12 per cent rise in healthcare expenditure.

The healthcare segment could see a higher allocation by Rs 18,000 cr in its overall package.

The fund made for vaccination is likely to continue in this budget as well.

The government had allocated Rs 50,000 cr for vaccine.

The government will also be focusing on further enhancing the health infrastructure in the country.

The Economic Survey is likely to be tabled on January 31 after the president's address, the sources said.

The first part of the session would conclude on February 11.

After a month-long recess, the part two of the session would begin from March 14 and conclude on April 8, the sources said.

The recess allows department-related parliamentary committees to examine budgetary allocations made to their respective ministries.

The campaigning for phase one of the Uttar Pradesh assembly elections would be in full swing for which votes will be cast on February 10, during part one of the session.

When the two Houses meet after recess on March 14, the results of assembly polls in Uttar Pradesh, Uttarakhand, Goa, Punjab and Manipur would be out.

The counting is on March 10 for all five states.