Big thumbs up for Modi government UPI project! Now, even Google wants America to get such successful digital payment system 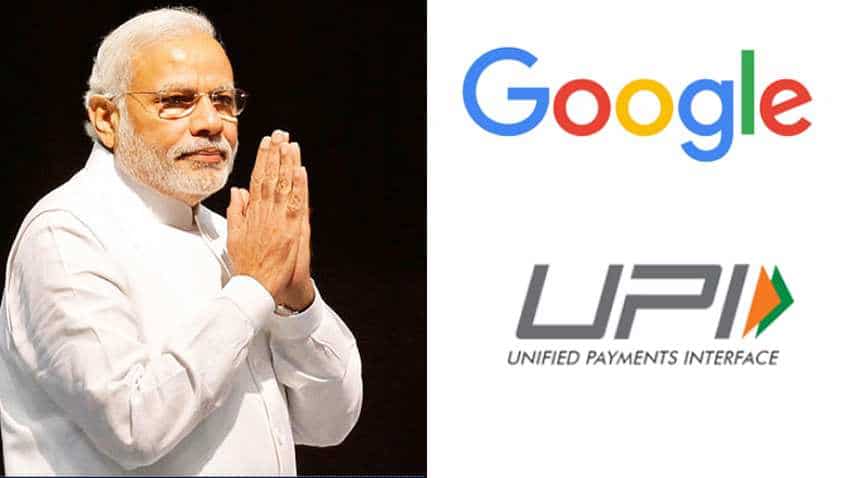 Now, the Digital India and UPI initiative of Modi government are registering amazing mark in the world! Big win for India digital payments market! Photos from Reuters, and official logos.

Everyone knows that PM Narendra Modi-led government laid huge emphasis on its ambitious project of Digital India, and Unified Payments Interface (UPI). Now, the Digital India and UPI initiative of Modi government are registering amazing mark in the world!

According to the latest report, tech giant Google has written to the US Federal Reserve Board detailing the successful example of UPI-based digital payment in India in order to build "FedNow" -- a new interbank real-time gross settlement service (RTGS) for faster digital payments in the US, as per a report in IANS.

Google's letter to US Federal Reserve Board

In a letter written by Mark Isakowitz, Vice President, Government Affairs and Public Policy, US and Canada, Google, the company said it worked closely with the National Payments Corporation of India (NPCI), the payment regulator government by the Reserve Bank of India (RBI), to build 'Google Pay' for the Indian market.

According to Google, UPI was thoughtfully planned and critical aspects of its design led to its success.

"First, UPI is an interbank transfer system (there are now over over 140 member banks, after initially launching with 9 participating banks). Second, it is a real time system. Third, it is 'open' -- meaning technology companies can build applications that help users directly manage transfers into and out of their accounts held at banks," Isakowitz wrote to Ann Misback, Secretary, Board of Governors of the Federal Reserve System.

"After just three years, the annual run rate of transactions flowing through UPI is about 10 per cent of India's GDP, including 800 million monthly transactions valued at $19 billion," said the company in the letter dated November 7 that was surfaced on Saturday.

"Google has been a successful market participant in India's use of UPI, and Google Pay provides one of the three leading mobile applications that use UPI, as measured by transaction volume," the letter elaborated.

Google said the use of debit, credit and pre-paid cards also nearly doubled during the same period.

According to a latest Worldline report tiled "India Digital Payments Report - Q3 2019", the total volume of UPI transactions in Q3 2019 in India touched 2.7 billion, a whopping 183 per cent increase from the same July-September quarter a year ago. In terms of value, UPI clocked Rs 4.6 trillion, up 189 per cent from Q3 2018.

According to a recent Assocham-PWC study, digital payments in India will more than double to $135.2 billion in 2023 from $64.8 billion this year with a compounded annual growth of 20.2%.

Google said that after learning its lessons from the India digital payments market, it offers specific suggestions to the Fed Reserve to "support real-time low-value and high-value payments, use standardized messaging protocols with extended metadata, and provide clear standards for an Application Programming Interface (API) layer that enables licensed non-financial institution third parties to access and submit requests into this payment system".

How to transfer money using UPI without internet? Here's the guide