Big rebate in taxes! Good news for these traders from Modi government

In a good news for Garment exporters, the Ministry of Textiles has issued a notification extending the Scheme of Rebate of State and Central Taxes and Levies on Export of Garments and Made-ups (RoSCTL) which was in force up to March 31, 2020. 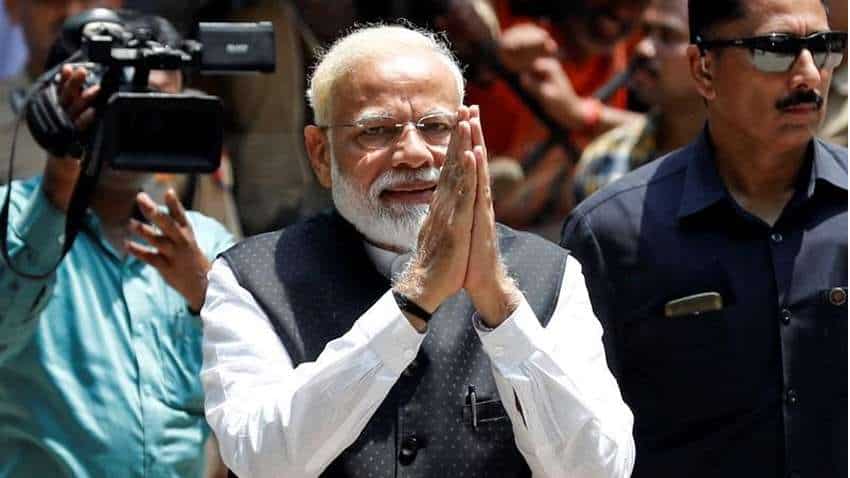 The RoSCTL scheme provides rebate on all embedded taxes on exports. Reuters photo.

In a good news for Garment exporters, the Ministry of Textiles has issued a notification extending the Scheme of Rebate of State and Central Taxes and Levies on Export of Garments and Made-ups (RoSCTL) which was in force up to March 31, 2020.

-Garment exporters will continue to get rebate on central and state taxes on their outward shipments as the government has decided to extend the RoSCTL scheme beyond March 2020 to enhance competitiveness of the labour-intensive textiles sector.

- The RoSCTL scheme provides rebate on all embedded taxes on exports.

- "The Government has decided to continue the said Scheme w.E.F. April 01, 2020 until such time that the RoSCTL Scheme is merged with Remission of Duties and Taxes on Exported Products (RoDTEP) Scheme without any change in Scheme guidelines and rates as notified (earlier)," said the notification.

"The textile and apparel industry was of the opinion that government should not withdraw RoSCTL till RoDTEP comes into force effectively, as it will hurt the cost competitiveness of Indian apparels and made-ups in the international market where Indian products have to compete with cheap products of China, Bangladesh, Vietnam, etc," Confederation of Indian Textile Industries Chairman T Rajkumar said as per a report in PTI.

He observed that the continuation of RoSCTL will make Indian apparels and made-ups cost competitive internationally by rebating all taxes and levies which are currently not being rebated under any other scheme. "However, looking at the current pandemic of Covid-19, we request the government to extend support by covering the entire textile value chain under the RoSCTL scheme which will help in increasing the exports of entire textiles value chain," Rajkumar suggested.

Under the RoSCTL scheme, maximum rate of rebate for apparel is 6.05 per cent, while for made-ups, this goes up to 8.2 per cent.

Last month, the Union Cabinet had taken a decision regarding continuation of RoSCTL.
While extending the scheme, the government had said the continuation of the RoSCTL scheme beyond March 31, 2020, is expected to make the textile sector competitive by rebating all taxes/levies which are currently not being rebated under any other mechanism.

Exporters get rebate of state taxes and levies like VAT on fuel used in transportation, and embedded State Goods and Services Tax (SGST) paid on inputs such as pesticides and fertilisers.

Central taxes and levies on which rebate is given include, central excise duty on fuel used in transportation, embedded CGST paid on inputs and embedded CGST and Compensation Cess on coal used in production of electricity.

An exporter opting for the scheme makes claim for rebate on exports at item-level.