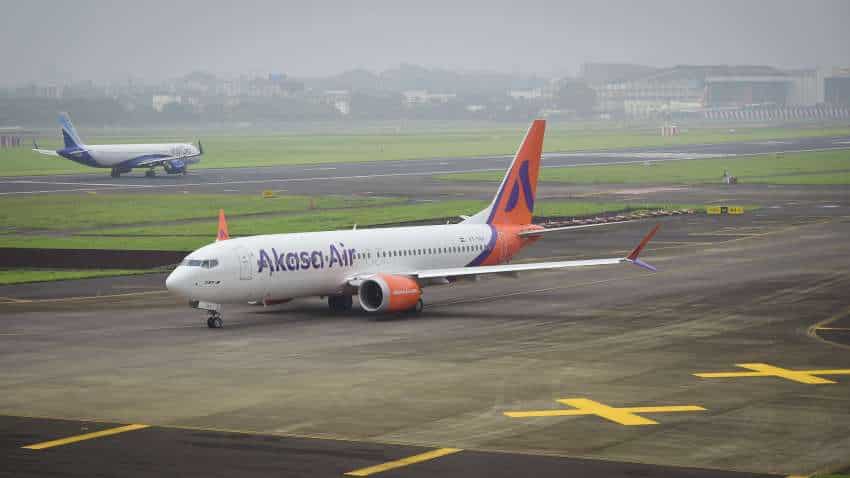 Akasa's network strategy will be to connect metro cities with smaller towns across India. Pic: PTI

Earlier, on July 22, India's newest airline Akasa Air on Friday opened ticket bookings for its first commercial flights with an initial network in Ahmedabad, Bengaluru, Mumbai, and Kochi.
Initially, Akasa Air, whose airline code is QP, will launch its operations by offering 28 weekly flights between Mumbai and Ahmedabad starting August 7, 2022.

Akasa's network strategy will be to connect metro cities with smaller towns across India. The network will expand in a phased manner and connect more cities as the airline has planned to add two aircraft each month in the first year.

"We are extremely excited to finally be able to offer up our flights for sale. We are also excited to reveal our product which promises to be unlike anything experienced in the category thus far. With Akasa employees providing warm and efficient customer service, a reliable and dependable network, and affordable fares - we look forward to serving our customers with a flying experience that I am sure they will find delightful", Vinay Dube, Founder and Chief Executive Officer, Akasa Air, had said earlier.

Air India discount: Students, senior citizens to get up to 50% concession - check details