The demand for dry fruits has increased during the rainy season and due to Raksha Bandhan, but with the Taliban taking over Afghanistan, the import of dry fruits has been affected because of which a rise in the prises of dry fruits can be observed. 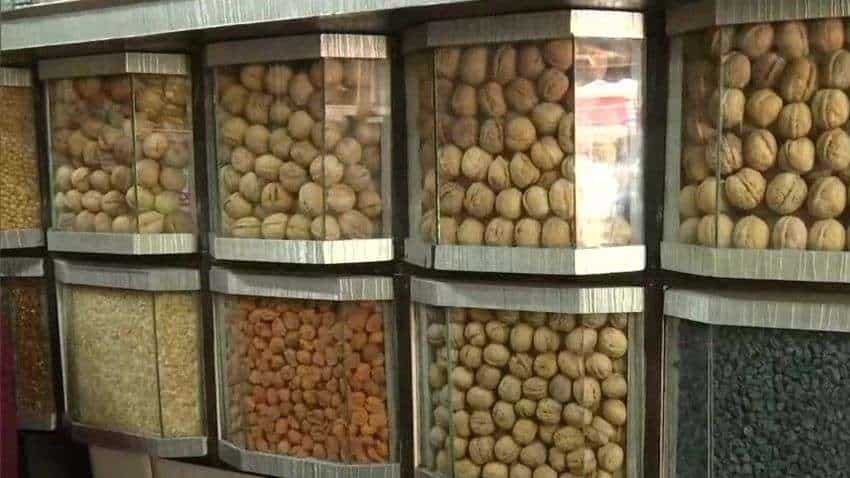 With the Taliban taking over Afghanistan, the import of dry fruits has been affected because of which the prices of dry fruits are on the rise in the country.

The demand for dry fruits has increased during the rainy season and due to Raksha Bandhan, but due to lack of supply, the prices are seeing an increase of about 7-12 percent. Within a week, the rates have surged by Rs 200-250 per kg.

According to Jyoti Gupta, the President of the Dry Fruits Retailer Association in Jammu, imports from Afghanistan have been affected for the last 15-20 days.

"It is very difficult to explain to customers the reason for the prices increasing up to Rs 250 per kilogram within 10 days. But we are helpless. To avoid any trouble with the customers, I have revised the rate list according to the situation," said Gupta, as quoted by ANI.

Gupta further stated that the demand for dry fruits is high in the festive season and also due to the ongoing pandemic.

"We import many things like almonds, figs, apricots, pistachio, cumin from Afghanistan. The demand for figs is especially high due to the pandemic, as it is said to increase immunity. But now with the halt in the import, the prices have increased," Gupta said.

Prices of dry fruits have also increased in the wholesale and retail markets of Delhi. Kanwarjit Bajaj, president of the Indo-Afghan Chamber of Commerce, said that there has been an effect on the price, currently the prices have increased by 5-10% in Delhi and surrounding areas, if this situation lasts for a few more days then it may become difficult.

Earlier on Sunday, the Afghanistan government collapsed with President Ashraf Ghani leaving the country and the Taliban taking over the capital city of Kabul.