A total of 51,775 cases of mucormycosis have been reported till November 29, Union Health Minister Mansukh Mandaviya informed the Lok Sabha on Friday. 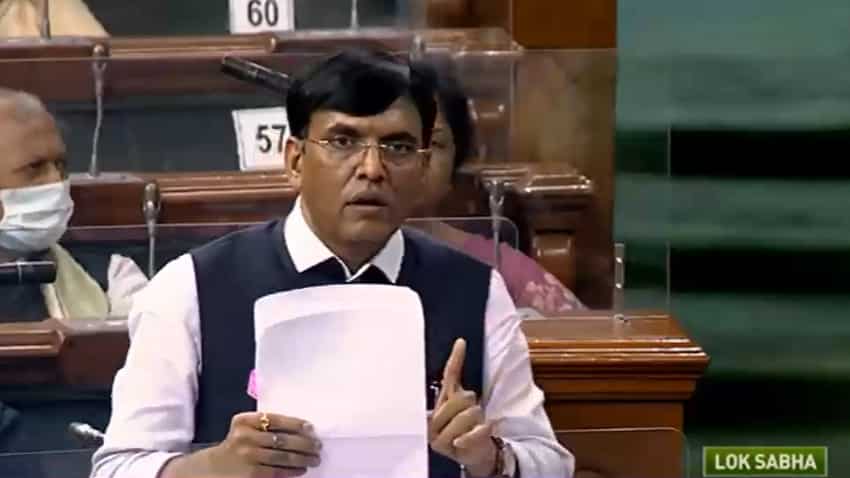 A total of 51,775 cases of mucormycosis have been reported till November 29, Union Health Minister Mansukh Mandaviya informed the Lok Sabha on Friday.

On the steps taken by the government to tackle such cases, Mandaviya in written reply to a question said health is a state subject and the Union Ministry of Health has proactively supported states to tackle the challenge posed by cases of mucormycosis during the second surge of COVID-19.

The ministry had asked all states to make mucormycosis a notifiable disease so as to get details of its prevalence in the country.

A unified portal was created by the ministry for states to enter surveillance data of mucormycosis cases. The Ministry of Health has issued national comprehensive guidelines for the management of post-COVID-19 sequelae, including mucormycosis, he said in the written reply.

The clinical management guidelines for COVID-19 cases by the Ministry of Health advocates rational use of steroids for managing moderate to severe cases of COVID-19 under strict medical supervision, the minister said.

Since early May 2021, the details of production, stock, supplies made and purchase orders were obtained from the manufacturers and their cooperation was sought to overcome the gap between supply and demand, he said.

The central government has placed Amphotericin-B under restricted category for export through a notification on June 1 for ensuring continuous availability of medicines for treatment of mucormycosis cases domestically.

The central government has undertaken steps to procure Amphotericin-B from various available sources around the globe and made efforts to increase the production of existing manufacturers/importers drug in the country.

On preventive measures initiated by the government in controlling and treating the increasing number of dengue cases in the country, Mandaviya said during 2021 (as on November 21), a total of 1,64,103 dengue cases were reported as against 2,05,243 cases in 2019.

Through the efforts of the Government of India and states, the case fatality rate (deaths per 100 cases) has been sustained at less than 1 per cent since 2008.

The case fatality rate has remained at extremely low level of 0.1 per cent since 2019.

The Government of India has shared with states the national guidelines on dengue case management during the COVID-19 pandemic, developed in consultation with experts.

Also, 15 advisories were issued from time to time to states and union territories for prevention and control of dengue in 2021.

Free diagnostic facilities through 713 sentinel surveillance hospitals and 17 apex referral laboratories identified across the country are fully functional and 7.26 lakh IgM tests have been provided by the central government.

Additional fund has been provided to states for procurement of NS1 kits for early diagnosis of dengue, he said.

Mucormycosis or Black Fungus: What makes Covid 19 patients prone to this disease? Facts and CURE! EXPERT says this

White Fungus: Is it deadlier than Black Fungus? causes, symptoms and prevention- All you need to know