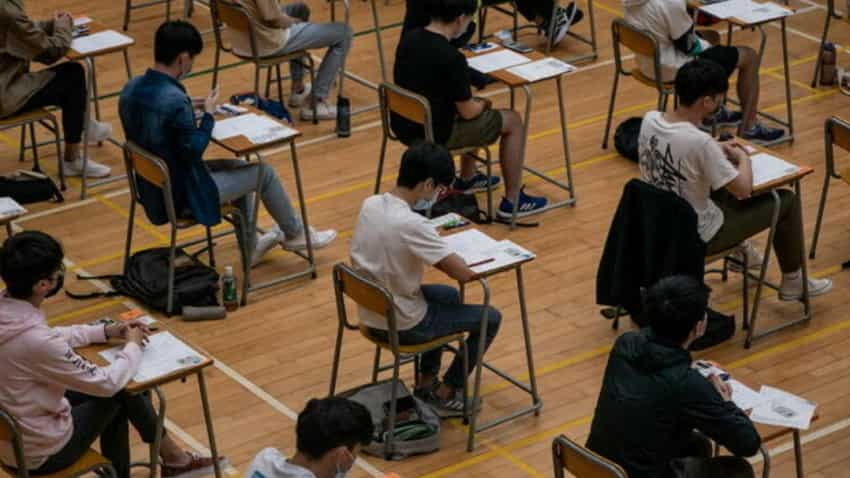 Cyclonic Storm Mandous Weather alert: The collectors of these districts have declared a holiday on Friday.(Representational image from Reuters)

Tamil Nadu School Closing News: Schools and colleges in Tamil Nadu will remain shut tomorrow i.e. on December 9 due to heavy rains in several districts. Several parts of the state have received heavy rain because of Cyclone Mandous.

The districts where schools and colleges will remain closed are Chennai, Cuddalore, Villupuram, Kancheepuram, Thiruvallur and Vellore. The collectors of these districts have declared a holiday on Friday.

If required, respective district authorities will take further decisions with regard to the extension of holidays.

The depression over the Bay of Bengal has intensified into a deep depression and lays about 750 kilometres off Chennai. The India Meteorological Department (IMD) has said that the depression would develop into a cyclonic storm influencing moderate to heavy rainfall in Tamil Nadu and Puducherry.

Light to moderate rainfall at most places with heavy to very heavy rains at isolated places predicted over coastal Tamil Nadu, Puducherry and Karaikal. And isolated heavy rainfall can be expected over adjoining areas of south coastal Andhra Pradesh and Rayalaseema on December 8.

It is likely to reduce and lead to light to moderate rainfall at most places with heavy to very heavy rainfall at isolated places over north Tamil Nadu and Rayalaseema and south Andhra Pradesh on December 10.