The Supreme Court has set aside a Bombay High Court order which had directed the National Testing Agency to hold fresh exams for two NEET undergraduate aspirants whose question papers and OMR sheets got mixed at a centre in Maharashtra. 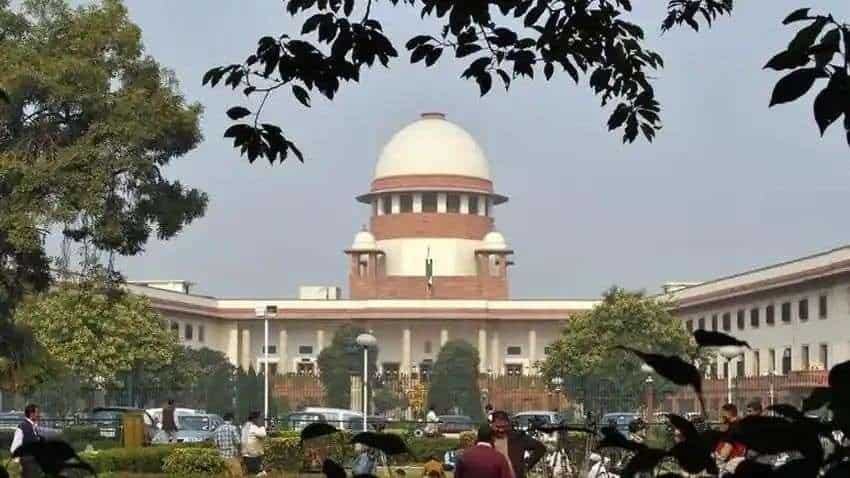 The Supreme Court Friday set aside a Bombay High Court order which had directed the National Testing Agency to hold fresh exams for two NEET undergraduate aspirants whose question papers and OMR sheets got mixed at a centre in Maharashtra.

A bench of Justices L Nageswara Rao and B R Gavai said though it sympathised with their cause, it would be difficult to direct re-examination for them alone.

"We have perused the results of respondents no 1 and 2 (students) and the marks given to them. They have attempted most of the questions...With the loss of precious time, they could not answer all the questions and we also appreciate the mental state of young students while writing the exam.

"Though we sympathise with their cause, we find it difficult to direct re-examination for them alone. Therefore, we set aside the direction given by the high court directing reexamination. The writ petition is dismissed," the bench said.

The top court was hearing an appeal filed by NTA challenging a high court order which directed it to hold fresh exams for two NEET undergraduate aspirants.

The high court on October 20 directed the NTA, set up in 2018 for conducting the National Eligibility Entrance Test (NEET) for admissions to undergraduate medical courses, to hold a fresh exam for the two students and declare their results along with the main results of the test conducted on September 12.

The high court had taken note of the fact that the test booklet and OMR sheet of two medical aspirants -- Vaishnavi Bhopale and Abhishek Shivaji got mixed up at the examination centre before the start of the test and ordered that they be given a fresh opportunity to appear.

The NTA, in its appeal, said that the NEET (UG), 2021 Examination for more than 16 lakh candidates has been conducted on September 12, and due to the high court's order it has not been able to declare their results even though the same is ready for declaration".

The delay in declaration of Result of NEET (UG) 2021 will affect and further delay the subsequent process of admission to Undergraduate Medical Courses i.E. MBBS, BDS, BAMS, BSMS, BUMS, and BHMS Courses, it had said in the plea.

The two students said the invigilators started distributing the test booklet to all the students at the scheduled time of 1.50 pm.

Making it clear that the order shall not be treated as a precedent, the high court had also directed the NTA to issue the admit card or permission as is required to appear for the examination directed to be held, in advance.

Insurance claim liable to be rejected if lapsed on account of non-payment of premium: SC

How to switch from Android to iPhone: Check this complete guide

CBSE term 1 2022 results for Classes 10 and 12 soon? Candidates must know these updates