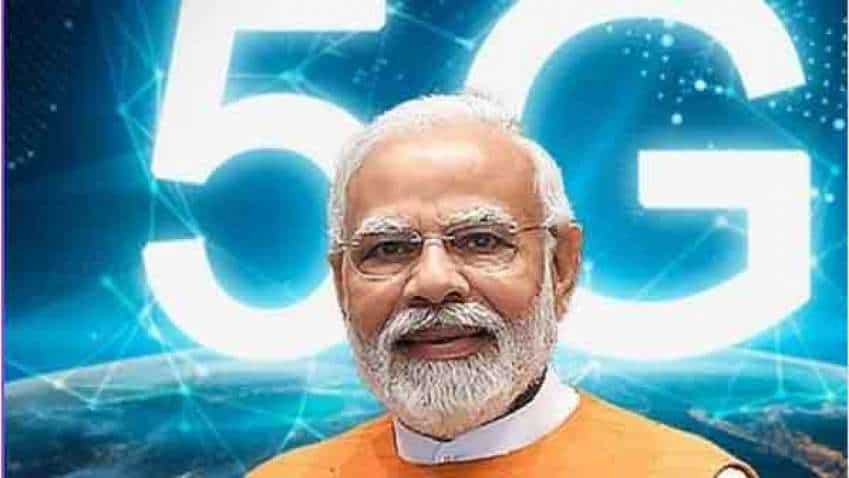 India is home to more than 500 million smartphone users and more than 100 million users with 5G-ready smartphones wish to upgrade to a 5G subscription in 2023. Source: IANS

India is home to more than 500 million smartphone users and more than 100 million users with 5G-ready smartphones wish to upgrade to a 5G subscription in 2023, according to a latest Ericsson report.

Madhav Sheth, CEO realme India, VP, realme and President, realme International Business Group, told IANS that as the first brand to launch a 5G-enabled phone, "we believe that 5G has the potential to bring together the entire ecosystem".

"This is why realme has dedicated 90 per cent of its research and development efforts to 5G technologies and devices. We have partnered with the leading telcos in India and have curated a host of bundle offers for our users," Sheth informed.

"We are also rolling out OTA updates for our devices to ensure that all our users can make the most of 5G," he added.

The Indian smartphone users are even willing to pay a 45 per cent premium for a plan bundled with novel experiences, the findings showed, which could be a delight for internet service providers ready with 5G, according to the Ericsson study.

Tasleem Arif, VP and R&D Head, OPPO India, said that after years of intense preparation, the launch of 5G will "serve as a transformational force for Indian society".

As an innovator, this also brings a great opportunity, as "this will open gates for innovating for next-gen experience from India", Arif noted.

According to a report by Opensignal, 5G-enabled smartphone users in 30 Indian cities in India are getting 39.2 per cent to 59.3 per cent faster download speeds than those on non-5G phones.

Muralikrishnan B, President, Xiaomi India, said the market is constantly evolving and becoming digitally savvy by the day, and "5G has the power to transform, upgrade and uplift our nation".

"We have been working closely with various telecom operators for over two years and have extensively tested most of our models for usability. Having a strong understanding of SA and NSA network bands, we have rolled out devices that support some of the most anticipated bands," informed Muralikrishnan.

Online gaming, AR and VR experience along with content creation will take centre-stage with the launch of 5G services.
"In India, we have launched over 20 5G enabled models to date and currently have 7.5 million Xiaomi 5G users," he said.

WhatsApp Avatars: What is it, how to create your avatar on WhatsApp