RBI Monetary Policy Review MPC Meeting: Reserve Bank of India (RBI) Governor Shaktikanta Das said that the aim is to bring inflation below 6 per cent i.e. within the target range and then gradually to 4 per cent. 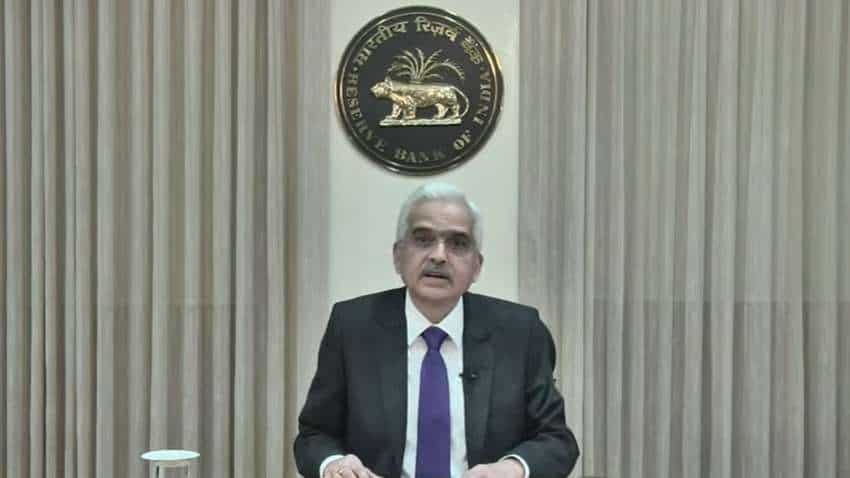 However, Das said that the aim is to bring inflation below 6 per cent i.e. within the target range and then gradually to 4 per cent.

"MPC voted 4-2 to remain focused on the withdrawal of accommodation so that inflation remains within the target going forward while supporting growth," Das said while unveiling the outcome of its six-member Monetary Policy Committee (MPC) meeting.

Meanwhile, the RBI has raised key repo - the rate at which it lends short-term money to banks - by another 35 basis points to 6.25 per cent with immediate effect to rein in rising inflation while supporting growth.

Earlier on September 30, the RBI retained its inflation projection for FY23 at 6.7 per cent amid geopolitical concerns triggered by Russia-Ukraine war, and expected inflation to be under control from January.

It is to be noted that the central bank is mandated to keep retail inflation in a band of 2-6 per cent. Inflation has remained above RBI's upper tolerance level of 6 per cent since January 2022.

It ruled over 7 per cent in April, May and June. July saw a breather with inflation sliding to 6.7 per cent. Last month, inflation touched 7 per cent.

As per the medium-term inflation targeting framework, which came into being after an agreement between the central bank and the government, the RBI has to write a letter explaining the reasons for missing the target and charting out details on when it is likely to achieve the target of 4 per cent.

The consumer price index (CPI) based inflation is projected to further reduce to 5 per cent in first quarter of next fiscal year beginning April 2023.

The RBI has been hiking repo rate since May 4 this year and raised it by 190 basis points or 1.90 per cent in four tranches.

RBI had cut repo rate in March, 2020 to reduce the impact of coronavirus pandemic and resultant nationwide lockdown. Since then it had maintained status quo till May 4 this year.