The central bank has raised the key interest rate by 190 basis points since May this year, taking the repo rate to a three-year high of 5.9 per cent. 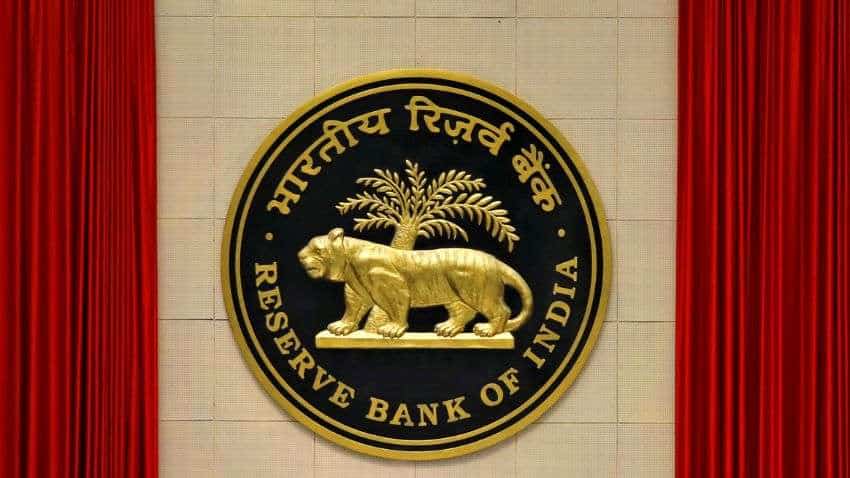 The Reserve Bank has also lowered the GDP (Gross Domestic Product) growth rate projection for the fiscal to 7 per cent from its earlier estimate of 7.2 per cent. Pic: Reuters

The Reserve Bank's decision to hike the interest rate by half a percentage point on Friday was on expected lines and another increase by 50-60 basis points is likely this fiscal due to sticky inflation, said analysts.

While raising the key short-term lending rate (repo), the Reserve Bank said the consumer price index (CPI) based inflation would remain at around 6 per cent in the second half of the current financial year.

"Going forward, we expect inflation worries to continue from a seasonal food price shock and demand conditions gathering momentum...Our terminal repo forecast stands at 6.5 per cent, thus a rate hike of another 50-60 bps in the current cycle seems feasible," Dipanwita

Mazumdar, an economist with Bank of Baroda said in a report.

The central bank has raised the key interest rate by 190 basis points since May this year, taking the repo rate to a three-year high of 5.9 per cent.

Upasna Bhardwaj, chief economist of Kotak Mahindra Bank, said given the global adverse conditions, the pressure on the rupee is likely to persist and hence the need for continued rate hikes.

"We expect the MPC to hike 35 bps in the December policy. However, with inflation expected to fall within the 6 per cent threshold in the fourth quarter of 2022-23, we expect the MPC to probably pause and assess the lagged impact of monetary tightening," Bhardwaj added.

The rupee has depreciated by 7.4 per cent against the US dollar in the current fiscal amid the ongoing Russia-Ukraine war and slowdown in several major economies.

Moreover, the rate move was in response to continued domestic inflationary risks and growth that broadly continues to hold up, she said.

In an off-cycle policy, the RBI had raised the repo rate by 40 basis points in April and then effected a 50 basis point increase each in the scheduled monetary policy reviews in June, August and September (the latest).

Meanwhile, V Swaminathan, Executive Chairman, Andromeda Loans, opined that in a scenario such as this, the cost of borrowing will increase, therefore pushing banks and other financial institutions to increase their lending rates, making EMIs costlier than before.

"With the rate hike, home loan rates will increase. People opting for home loans should be very cautious and calculative in times such as these," he said and advised borrowers to prepay a part of their loan outstanding with surplus funds or increase their EMIs so as to cushion the overall interest outflow.

Saransh Trehan, Managing Director, Trehan Group, said the demand in the housing market continues to remain robust despite subsequent rate hikes. In fact, in many cities, it is improving.

"So, we don't see any major impact in the scenario even after today's RBI decision. However, with home rates hovering between 8-9 per cent, further tightening, if any, will start to impact the sector and thereby the overall economy," he said.

"New borrowers will have to take loans at a higher price compared to last week. At a time like this, it is advisable to pre-pay in any shape and form to control your interest outflow. With pre-payment, borrowers may feel the pinch in the short term, but they will be better off once the rate cycle reverses," he said.

The Reserve Bank has also lowered the GDP (Gross Domestic Product) growth rate projection for the fiscal to 7 per cent from its earlier estimate of 7.2 per cent.

Siddhartha Sanyal, Chief Economist and Head of Research, Bandhan Bank, said the RBI commentary has been a finely balanced one ? while global risks are discussed extensively, the central bank appears confident about the growth momentum in the Indian economy in the coming months.

"While today's RBI communication suggests future policy to remain data dependent and another round of rate hike cannot be ruled out, overall, the MPC refrained from springing any major surprise leading to broadly favourable reaction from most segments of financial markets," he added.

Rajiv Sabharwal, MD and CEO, of Tata Capital, said the RBI move will help tame the increased inflationary pressure and improve foreign capital inflow to arrest the declining value of the rupee against the US dollar.

The recent correction in global commodity prices including crude oil, if sustained, may ease some cost pressure in the coming months, he added.

The Reserve Bank will publish the minutes of the Monetary Policy Committee (MPC) meeting on October 14, 2022.