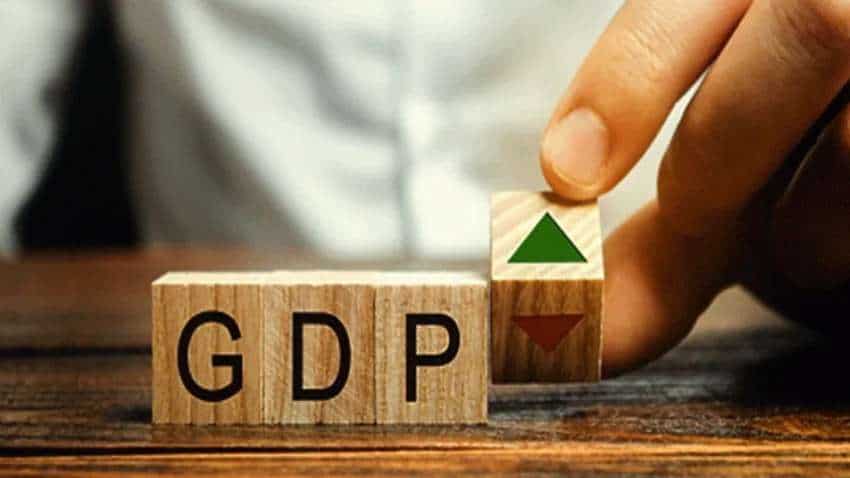 Q2 GDP data to be released on November 30. Pic: ZeeBiz

Citing a weak manufacturing sector coupled with the steep margin compression, SBI Research has pencilled in the country's GDP growth for the second quarter at 5.8 per cent, down 30 basis points from average estimates. The government will release the official numbers on November 30.

In a report on Monday, SBI Research headed by Soumya Kanti Ghosh said corporate results, operating profit of companies, excluding banking and financial sector, degrew by 14 per cent in Q2FY23 as against 35 per cent growth in Q2FY22, though the top line continued to grow at a healthier pace. Net sales grew by 28 per cent, while bottom line was down by around 23 per cent from the year ago period.

Further, corporate margin seems to be under pressure, as reflected in results of around 3,000 listed entities, excluding banking and financial sector, due to higher input costs with declining operating margins, from 17.7 per cent in Q1FY22 to 10.9 per cent in Q2FY23.

Given this and the wide divergence in market consensus (6.1 per cent) regarding Q2 GDP numbers, SBI sees the economy printing in at 5.8 per cent, Ghosh said citing the lag of two months in the quarterly GDP data. It also pegs the full year growth at 6.8 per cent, 20 basis points lower than the RBI estimate.

However, Ghosh said, several indicators suggest that the economy has been making resilient progress since Q2 in spite of the drag from global spillovers, elevated inflation and some slackening of external demand as geopolitical developments take their toll on world trade.