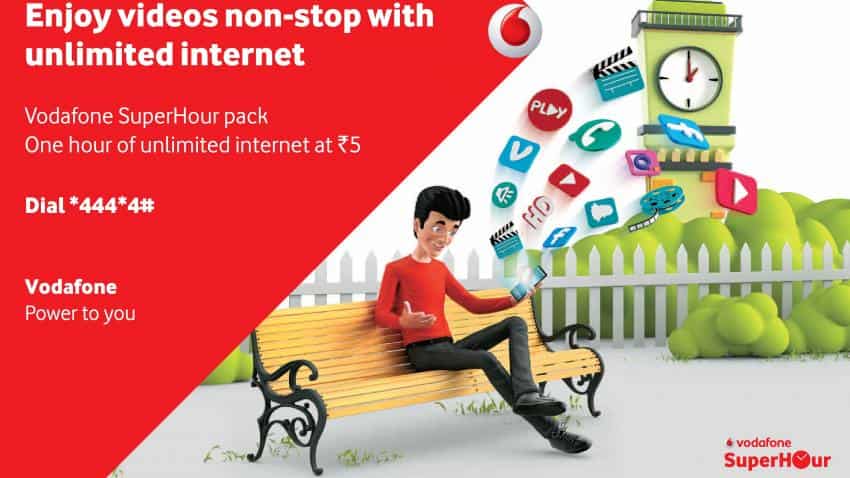 The telecom company will launched SuperHour offer on January 7 and will be available to customers across all circles from Monday next week. Image Source: Vodafone India

In order to provide cost-effective data plans to customers, Vodafone on Friday announced a SuperHour pack for prepaid subscribers, which will allow users to access unlimited 4G/3G data for one hour starting at Rs 16.

“We are breaking all shackles that concern customers in their use of internet with SuperHour .You can use and download as much data as you like for one hour at a fixed, nominal price. Moreover, with unrestricted repeat purchase, you can make every hour SuperHour," Vodafone India chief commercial officer Sandeep Kataria, said in a press release.

The telecom company will launched SuperHour offer on January 7 and will be available to customers across all circles from Monday next week.

The company has also announced SuperHour voice pack wherein users can make unlimited local Vodafone to Vodafone calls for only Rs 7. Besides, 2G customers can buy its SuperHour data offer for only Rs 5.

Customers can buy SuperHour packs via digital channels as well as all retail touch points and they can enjoy benefits at any hour of day or night when connected to the Vodafone network, it said.

According to the release, its SuperHour 4G/3G pack pricing starting from Rs 16 may vary from circle to circle. The SuperHour offer is not available in Bihar, Jharkhand, Madhya Pradhesh, Chattisgarh, Punjab, Himachal Pradesh, Jammu & Kashmir,  Andhra Pradesh and Telangana, it said.

Vodafone will not launch Indian unit IPO until next financial year