Deepak Parekh, Chairman, HDFC Ltd., talks about what the budget has for the country and its economy during an exclusive interview with Anil Singhvi, Managing Editor, Zee Business. 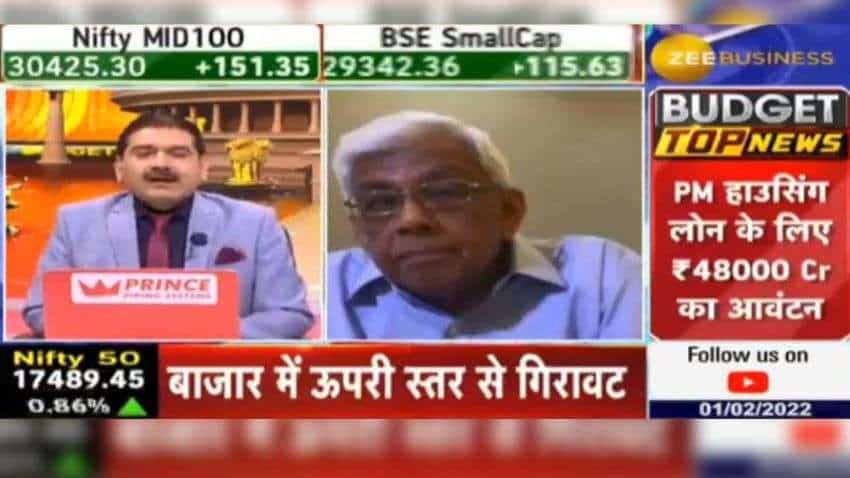 Mr Parekh said that it is credible to see that the finance minister has emphasized the right sectors and has given something for every sector including the GIFT city.

Deepak Parekh, Chairman, HDFC Ltd., talks about what the budget has for the country and its economy during an exclusive interview with Anil Singhvi, Managing Editor, Zee Business. Mr Parekh said that it is credible to see that the finance minister has emphasized the right sectors and has given something for every sector including the GIFT city. Edited Excerpts

Q: What direction does the budget set for the economy, the market and the country?

A: It is a good budget for the market and the country. It is a growth budget and the finance minister has concentrated on spending more money on infrastructure. Occasionally, she referred to spending money on urban infrastructure. Urban infrastructure gets neglected you have seen the kind of cities how they were decaying and getting destroyed. So, she has allotted a lot of money for urban infrastructure. Prime Minister's intention on spending more money. It is a growth budget. There is a saying if it ain't broke, don't mend it. So, on direct taxes there are no changes, they have not given more exemptions, they have not increased 80C limits, they have not removed anything and they have not added anything. People were expecting a lot on tax and duty and many other things but they stayed away from it. Even on the long-term capital gains, which the market relies on, they have put a limit on the surcharge. Overall, I think, it is a good budget and you will see the growth. The revenue collection of the government has been so good this year despite being a pandemic. We can't forget that this is the third consecutive year where the pandemic COVID-19, it started in February when the finance minister had to have the impact of COVID. Despite that, she is being able to increase spending in capital expenditure because I think that the consensus fall that we need growth, we need more capital investment and more hard infrastructure, whether it is a road, railways, logistics among others. So, overall, I think, it is good for the country. We are getting to a 9.2% GDP growth rate, which is probably the highest in any of the large emerging countries. And even for India, I can't remember when we had a 9% GDP growth rate for many years. So, it is credible that the finance minister has emphasized the right sectors and she has given something for every sector including the GIFT city. For education, any educational institution can come to the GIFT city and have their setup and their educational institution and they won't be impacted by the regulatory compliance required of the HRD Ministry. So, there has been quite a lot of liberal thinking by the government. In defence, the private sector has to be given 65% of the orders to the Indian domestic manufacturers and a number of things. The only thing I would say is that we have to see the details of the budget to see if any surprises have come in. We can't talk about it until we read the entire text.

Q: Generally, when the numbers are released maybe it is of GDP or fiscal deficit or capital expenditure, which is highest this time, people think about how it will be achieved however the government provides the numbers. Do you think that the provided numbers are achievable?

A: We always have a problem with execution. Will we be able to execute these grand ideas, this whole idea of the finance minister? This is where falter at times. But I think, on the availability of resources, there resources available for good projects, there are resources available, they talked about the green bond. The government does a green bond, there will be enough interest from the international investors to come into that. So, I am not concerned about the availability of resources, where the money will come from. I am a little concerned about the execution capability and the execution of the implementation of these infra projects by our Indian private sector and the construction industry.

Q: Is there something for the housing and real estate sector in this budget that would provide further growth booster to the sector?

A: Finance Minister has allocated Rs 48,000 crore for Prime Minister Awas Yojna, which includes a cash-linked subsidy scheme. And the finance minister has mentioned that it is for EWS, LIG and MIG, so they have allocated almost Rs 50,000 crore for this sector, which was ending in March 2022. So, they have extended it by another one year by allocating money to this scheme. The housing sector in the last year has done remarkably well, the demand has shot up and despite the pandemic and the lockdown, you saw the unsold inventory shrink considerably and this is also applicable to commercial buildings. There has been phenomenal growth in the commercial spaces. The IT sector has taken 80-90% of the new building that has come up because the IT sector and IT-enabled sector are doing exceptionally well. CEOs of large technology companies and IT companies are telling me that we used to go and ask for jobs when we had to travel across the world. Now, sitting in India, we are getting a massive number of jobs because we don't travel. So, things have changed, India is the capital for software development, capital for back-office and even for the high-end work Indian back offices are doing, it is just not voice.

Q: The government has set big CapEx targets from its side. Do you think that after this budget corporate India, our startups, our companies and promoters will be ready to invest big money in India to create it as a big manufacturing hub and do big business?

A: Finance Minister has also said that we are setting-up new rules for SEZ. Now, the new rules for SEZ, although rules were earlier there, they are mending and a new set of rules will come. Now, SEZ is to promote the industry, it is to give a single-window clearance if anyone wants to start manufacturing. I think that is the idea of the government in this budget and you will see that Indian entrepreneurs are ready to invest. The only drawback at the moment was that capacity utilisation in certain sectors is still at 70-75%, unless they go to 80-85%, entrepreneurs do not put more money for a new factory. But I am confident that the demand will increase with all these infrastructure investments, steel, cement which is core. You have to have more of these core sectors, manufacturing units. I am confident that the Indian private sector will be enthusiastically willing to invest money in setup for manufacturing with the PLI and these available benefits.