Q4 Results 2022: Several listed companies announced their March quarter results on Monday. Among them were In line with the GlaxoSmithKline Pharma, Raymond, Greenply Industries and Century Plyboards which declared their quarterly results. Here are key highlights of the results 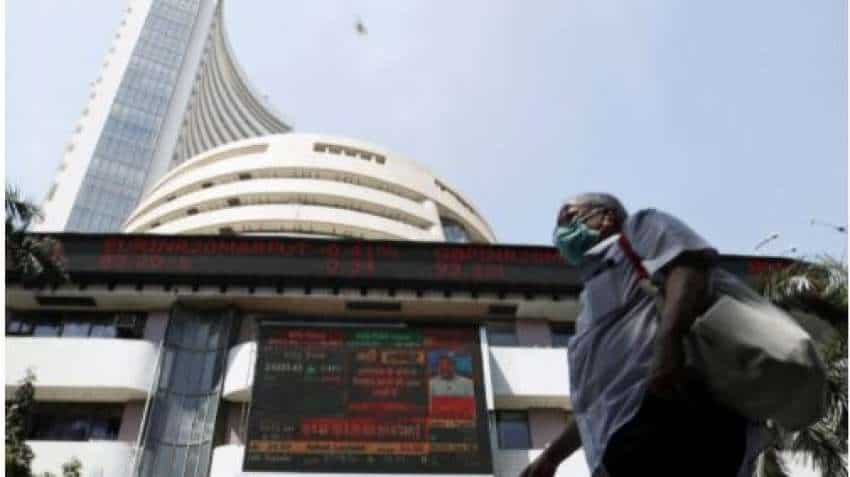 Q4 Results 2022: Several listed companies announced their March quarter results on Monday. Among them were In line with the GlaxoSmithKline Pharma, Raymond, Greenply Industries and Century Plyboards which declared their quarterly results. Here are key highlights of the results.

The drug firm had reported a net profit of Rs 4 crore for the January-March quarter of the 2020-21 fiscal.

Revenue from operations rose to Rs 810 crore for the fourth quarter compared to Rs 744 crore in the year-ago period, GlaxoSmithKline Pharmaceuticals said in a regulatory filing.

For the year ended March 31, 2022, the company posted a consolidated net profit from continuing operations at Rs 381 crore against Rs 287 in FY21.

While the company's vaccines business was impacted due to low vaccination rates, many of the key brands gained share in a declining market, fuelled by disciplined execution, he added.

"We continue to maintain market leadership in the private vaccines market," Venkatesh noted.

During the quarter, the company concluded the transfer of Iodex and Ostocalcium brands to GlaxoSmithKline Asia, as part of GSK plc's plans to create two world-class companies in pharmaceuticals and consumer healthcare, he stated.

GlaxoSmithKline Pharma shares today ended at Rs 1514 on the NSE, up 1.4 per cent from the Friday closing price.

Raymond Ltd on Monday reported over four-fold jump in its consolidated net profit to Rs 264.97 crore for the fourth quarter ended in March 2022, helped by a buoyant demand and strong consumer sentiments during the period.

The company had posted a net profit of Rs 58.36 crore during the January-March quarter of the previous fiscal, Raymond said in a regulatory filing.

Its revenue from operations was up 43.38 per cent to Rs 1,958.10 crore during the quarter under review as against Rs 1,365.66 crore in the corresponding period of the previous fiscal.

Raymond recorded the "highest-ever revenue and profitability during the quarter", the company said in an earnings statement.

"Having core brand strength and a wide distribution network across the country, Raymond capitalized on the buoyant demand and strong consumer sentiments during the last quarter of the financial year 2022.

With work-life coming back to the physical mode coupled with strong wedding season, demand across our B2C businesses witnessed the growth impetus," it said.

During the quarter, demand in international markets and robust momentum of export orders were maintained in garments and engineering businesses.

"We have witnessed demand recovery across all our businesses to pre-covid levels and with our effective cost management, we have delivered the highest profitability for the quarter and the year," he said.

Raymond's revenue from the textile segment in Q4/FY22 was up 22.66 per cent to Rs 885.80 crore as against Rs 722.10 crore of the corresponding quarter, driven by strong momentum in secondary sales led by wedding-related purchases and higher footfalls in retail outlets.

"The segment reported a robust EBITDA margin of 22.7 per cent marginally higher as compared to the previous year. Higher realization and operational efficiencies contributed largely to margin performance," it said.

"The growth was witnessed across all channels including online during the quarter. The segment reported a healthy EBITDA margin of 11 per cent as compared to EBITDA loss in the previous year," it said.

"Sales growth was mainly driven in domestic and export markets of US, Europe & Asia led by ring gears, drills and bearing categories. The business reported EBITDA of Rs 34 crore in the quarter," it said.

Its Real Estate and Development of property segment was over five folds to Rs 321.20 crore as against Rs 54.12 crore.

"The business witnessed strong growth in bookings due to improved demand amongst first homeowners, overall liquidity in the market and fast pace construction momentum in its projects," said Raymond.

For the fiscal year ended in March 2022, Raymond reported a consolidated net profit at Rs 265.12 crore. It had reported a net loss of Rs 303.65 crore in the previous year.

Meanwhile, in a separate filing, Raymond informed that its board in a meeting held on Monday recommended the payment of a dividend of 30 per cent on the equity share capital, which is Rs 3 per equity share of the face value of Rs 10 for the financial year ended March 31, 2022.

Plyboard major Greenply Industries Ltd on Monday reported a marginal rise in consolidated net profit of 1.2 per cent to Rs 29 crore for the fourth quarter ended March 2022 over the same quarter last year amid higher revenue.

The company faced a squeeze in margin owing to inflationary pressure on the cost front that restricted profit amid a 13 per cent jump in revenue to Rs 448.6 crore during the quarter under review.

PAT margin was lower by 76 basis points at 6.5 per cent during the quarter.

The company was installing a greenfield plywood manufacturing unit with a capacity of 13.5 million square metres a year in Lucknow. The financial closure for the project and the construction activity are now complete.

The company is also setting up a greenfield MDF board manufacturing unit with an 800 cubic metre per day capacity near Vadodara, Gujarat.

The financial closure for the project is complete while civil construction work is in full swing, he said.

Greenply Industries shares ended at Rs 182 on the NSE, up nearly 1.5 per cent from the Friday closing price.

Century Plyboards (India) Ltd on Monday reported a 2.08 per cent increase in its consolidated net profit to Rs 88.75 crore for the fourth quarter ended in March 2022.

The company had reported a net profit of Rs 86.94 crore in the January-March quarter a year ago, Century Plyboards said in a BSE filing.

Its revenue from operations was up 20.94 per cent to Rs 901.05 crore during the quarter under review compared to Rs 745 crore in the corresponding quarter of the previous fiscal.

Meamwhile, in a seperate filing Century Plyboards said its board in a meeting held on Monday has recommended a dividend of Rs 1.50 per equity share of face value Re 1 each.

Shares of Century Plyboards (India) Ltd closed at Rs 543.75 on BSE on Monday, up 7.85 per cent from the previous close.

With Inputs from PTI

Stocks in Focus on May 27: Manpasand Beverages, GMR Infra to NBCC; here are the 5 newsmakers of the day

Unilever gets the taste of Horlicks, will acquire GSK health food portfolio for 3.1 bn pound