Property prices in India not to fall; this is best time to buy a house: HDFC Ltd's Keki Mistry 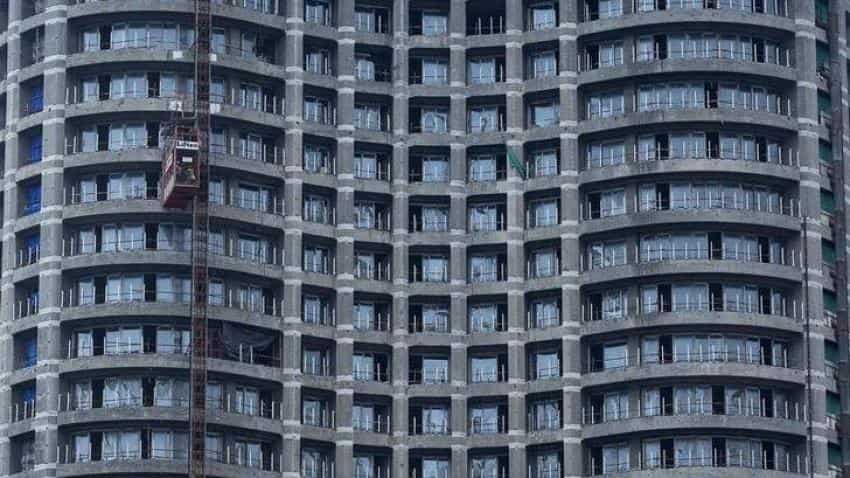 Keki Mistry, vice chairman and CEO, HDFC Ltd, said that builders with land banks with approved plans have no reason to worry as finance is available for them. Image source: DNA India

Developers still have the capacity to hold on to unsold inventory so prices are not going to come down. There may not be large investors in the market but builders are able to protect their prices. Keki Mistry, vice chairman and CEO, HDFC Ltd, tells Manju AB in an interview that this is the best time to buy a home. It’s no use postponing as prices, which have been stable for the last few years, are only going to rise.

HDFC had talked of setting up a stressed asset fund. Has there been any progress on this?

There are a number of unfinished or incomplete projects all over the country. We would be interested in taking over some of these projects to be developed and sold under the HDFC brand. We will not be engaged in the construction activity but we would certainly like to buy out the project, get it completed and then sell it. It will not be an asset reconstruction kind of structure. There are lots of projects in the country which we can take over from the developer at a good price, complete and sell under the HDFC brand. But this is still in the drawing board stage.

So is HDFC indirectly getting into construction activity?

HDFC is also keen on a health insurance company.

Is HDFC all set for the listing of HDFC Asset Management Company?

We have planned the listing for May. The roadshows are in progress and the bankers have been appointed. Last week, we started the road shows in the US. There is a lot of optimism, so we expect a good response. In the monetary policy, Reserve Bank of India has surprisingly revised the inflation projections downwards and growth projections upwards.

RBI forecasts on inflation have signalled a benign interest rate in the system. Interest rates will remain where they are if inflation is under control. We are seeing interest from the private sector to make investments. Sentiments have improved. More businesses are talking about investments.

Why are sentiments turning positive?

There is buoyancy in the economy. Inflation has tapered down. Oil is the only thing one has to worry about. Indian economy is a domestic economy and what happens outside the country has a lesser impact on India unlike in China which is an export-driven economy. From what we hear from people, growth in India is picking up.

Our NPAs had gone up due to one large corporate account - Essar Steel - and due provisions have been made for that. With just this one account slipping, our corporate NPAs have gone up to 2.1%. NPAs in case of individual home loan borrowers are only 0.73%. Essar Steel itself is in trouble. We are also part of the consortium which is in the NCLT (National Company Law Tribunal). Our loan to Essar Steel, hopefully, will come back once there is a resolution in the NCLT. We are a secured lender in the consortium and will stand to benefit once there is a resolution.

How is the housing finance segment faring? Is there a trouble in loan against property (LAP)?

Home loans have picked up post demonetisation. Certainly, there could be problems in LAP, especially if the collaterals are not adequate or the lending was irrational. But overall, the non-performing loans are not rising at alarming levels.

How is the real estate sector doing?

NPAs are not going up across the board for the HFCs (housing finance companies) but there are certainly problems in case of LAP as mentioned earlier. Structurally, real estate is doing well. There are some projects where there is stress. But by and large, most projects are doing well. There are certain areas in the country where growth had slowed down. Delhi NCR and Chennai are examples. Demand for housing is high and with the plethora of concessions under the PMAY (Pradhan Mantri Gramin Awas Yojana) and fiscal benefits, housing has become much more affordable than ever before.

So have prices come down?

Prices may not have come down much. In some pockets, it may have come down slightly. Prices have not gone up either while income levels have gone up. Housing penetration in India is just 9% of the GDP (gross domestic product) compared to 22% in China and 63% in the US. So there is a large market to be tapped. The average age of a first time home buyer at HDFC is around 38 years.

Is organised finance still an issue for companies?

Not really. Lack of organised finance for the sector may be in the context of buying land. Purchase of land cannot be funded by banks or financial institutions as per regulations. Hence, land buying is generally done through private equity funding or real estate funds. If you own land, construction money is available.

So you are saying, if developers have land banks, HFCs are willing to finance?

Builders with land banks with approved plans have no reason to worry as finance is available for them. Construction finance constitutes 13% of our total lending on a balance-sheet basis. Construction finance was 20% of incremental funding for the nine-month period up to December 31, 2017. We always had escrow accounts where the cash utilisation is closely monitored. If it was not for the Essar Steel account, our gross NPA, which is slightly above 1%, would have been below 1%.

Are the builders still able to hold on to their projects so that prices do not fall? Will prices fall?

Prices will go up if there is buoyancy expected in the economy. When all sectors get buoyant, real estate will also get the benefit. Developers ideally would not like to hold but rather sell their ready projects. The new supply is also high. The pace of home loans last year was impacted due to demonetisation, and hence, not strictly comparable to last year. HDFC’s total individual loan disbursements grew 27% during the nine months ended December 31, 2017. The average size of individual loans stood at Rs 26.2 lakh. On assets under management (AUM)-basis, the growth in the individual loan book was 17% and the non-individual loan book was 21%. The growth in the total loan book was 18%. During the nine months ended December 31, 2017, 39% of home loans approved in volume terms and 20% in value terms have been to customers from the EWS (economically weaker sections) and LIG (lower income group) segments. We understand from developers that this quarter has seen good sales. In Delhi NCR and Chennai, the growth has slowed down but Gujarat, Maharashtra and the southern markets are doing well.

Can Fin Homes has been on HDFC’s radar for a while now. Is HDFC looking for some inorganic growth?

We made an offer but they have decided not to go ahead with the sale. The price we had given them is the price that we would be comfortable with for an acquisition. Like HDFC Can Fin Homes has a deep penetration in the southern markets with its strength being in smaller-ticket size loans. Not just Can Fin Homes, we are happy to look at any company at the value.

HDFC-HDFC Bank merger gets CCI approval: What next?

HDFC Ltd hikes lending rate by 25 bps from this date