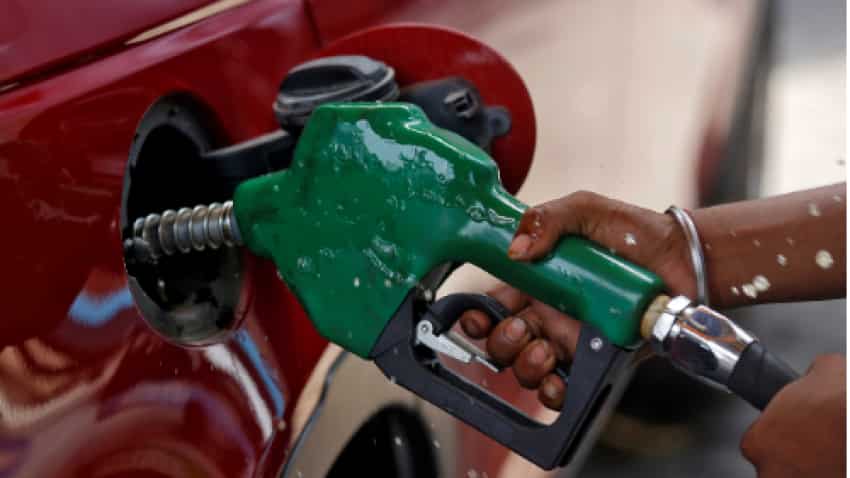 Petrol price on Tuesday breached the Rs 85 a litre mark in the national capital and diesel neared record high after rates were raised for the second consecutive day.

Petrol and diesel prices were hiked by 25 paise per litre each, according to a price notification from oil marketing companies.

Diesel rate climbed to Rs 75.38 a litre in the national capital - just shying away from its record high - and to an all-time high of Rs 82.13 in Mumbai, the price data showed.

Petrol and diesel prices were hiked by 25 paise per litre each on Monday as well.

While petrol and diesel prices are at a record high in Mumbai, petrol price in the national capital is at an all-time high. Diesel price is just short of Rs 75.45 a litre record touched on October 4, 2018.

This comes after international oil prices firmed up on hopes of demand returning from the rollout of coronavirus vaccines in different countries, including India.

When fuel prices had last touched record high on October 4, 2018, the government had cut excise duty on petrol and diesel by Rs 1.50 per litre in a bid to ease inflationary pressure and boost consumer confidence. Alongside, state-owned fuel retailers cut prices by another Re 1 a litre, which they recouped later.

This time, there are no indications of a duty cut so far.

Petrol and diesel prices are revised on a daily basis in line with benchmark international price and foreign exchange rates. They vary from state to state depending on the incidence of local taxes.

Bank Holiday April 2021: Banks to remain shut in coming weeks, is your city on this list?

Stocks to Buy With Anil Singhvi: This company can generate good returns for investors - what Varinder Bansal said