Air India's will finally be sold off. However, the whens and hows are still unanswered. Zeebiz looks at financial and other data of the airline and compare to the aviation sector in India. The results are interesting. 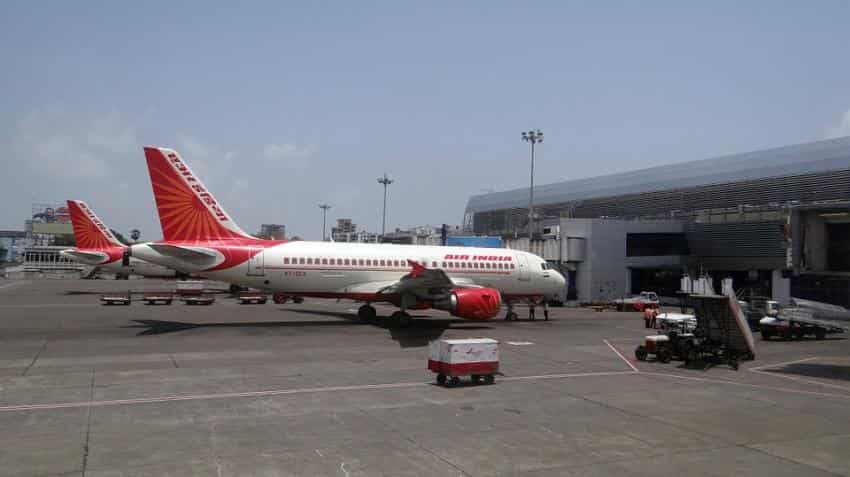 Even as the government is trying to find an answer to the process on how Air India will be sold, at least two airlines, i.e. Interglobe Aviation and Tata Sons together with Singapore Airlines have shown interest in the national carrier.

Prime Minister Narendra Modi, as reports suggest is aiming to get rid of the airline from the government's books by early 2018 as the Union Cabinet, on June 28, 2017 sanctioned a in-principle approval for disinvestment of Air India.

Tata Group was reportedly the first one to make a move along with Singapore Airlines.

On June 29, 2017, Aditya Ghosh, President and Whole Time Director at Indigo Airlines, in the letter to the aviation ministry, said, "As the Indian government embarks on the journey of privatising Air India and given Indigo's track record of having created a consistently profitable airline with a strong balance sheet, kindly treat this letter as our expression of interest in acquiring the international airline operations of Air India and Air India Express."

But how does Air India stack up against its private peers like Jet Airways, Spicejet and Indigo Airlines?

Air India's revenue generating has been quite slow compared to its peers. It's revenue grew at a CAGR (compound annual growth rate) of 7.21% between FY11 – FY15, whereas Jet Airways rose at CAGR at 8.6%, SpiceJet at 11.91% and Interglobe Aviation at 29.39% for the same period.

Meanwhile, Air India's net loss stood at Rs 6,865.17 crore, has narrowed to Rs 5,859.91 crore in FY15. On the other hand SpiceJet and Jet Airways have reversed their losses in to profits for the last two fiscals namely FY16 and FY17.

Air India was in no position to refinance its debt as its cash availability has been hovering between Rs 250 crore – Rs 450 crore from FY11 – FY15.

In the year 2012, a consortium of 19 banks led by State Bank of India has approved debt restructuring of Rs 18,000 crore of Air India – which included Rs 10,500 crore converted into long-term debt with a repayment of 10 – 15 years and remaining Rs 7,400 crore through government-guaranteed bond issue.

Clearly, the total debt on Air India's books are the highest amongst all airlines and has been rising consistently. This is following by Jet Airways how has managed to reduce its debt year on year. Indigo's debt has risen over the past five years due its rapid expansion and plane buying spree.

Staff strength of Air India was at 21,139 crore as on March 2015 – cost structure towards employee stood at 12% of the airline in the same period. 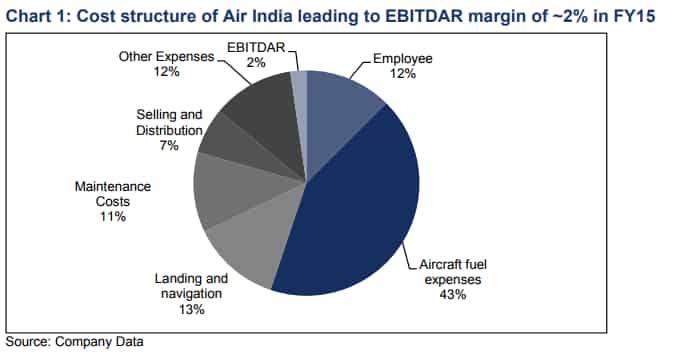 So is Air India really worth investing in?

Ansuman Deb, analyst, ICICI Securities said, “Yes, it can and if there was any opportune time, it is now. The singular concern for any suitor of Air India is its overleveraged balance sheet and much will depend upon the ability of the Government to monetize the assets.”

Deb added, “Lower crude prices, lower interest rates, a prominent lessor community and favourable currency can turn around a loss making airline business as we have seen in case of SpiceJet and Jet Airways.”

“This implies that disinvestment is not a given at this point of time and there may be alternative revival strategies. While there is a veritable chance of delay for any final decision to emerge, the value proposition of Air India will dilute with time as it is set to lose market share rapidly in FY18/19,” added Deb.

How Indigo stands to gain

After acquiring Air India, Indigo's market share would jump to 55% from present 39.70% in the domestic segment and 25% in the international one – making it the largest airline. 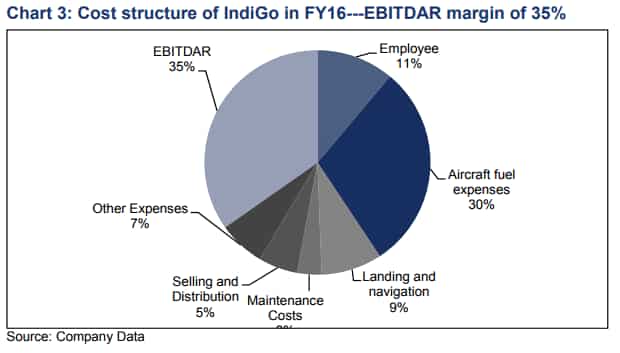 On valuation, ICICI Securities believe with a possible EBITDA margin of 15-18%, Air India can generate Rs 4000 crore of EBITDA between FY16 - FY17. 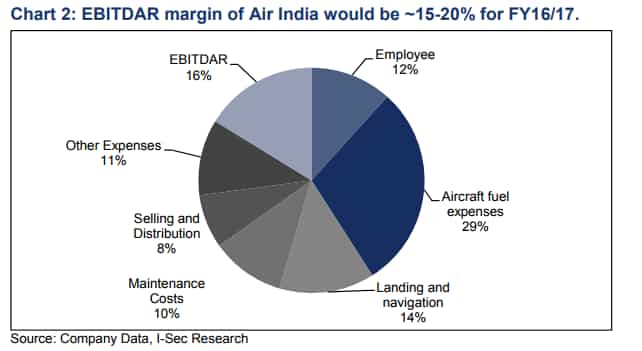