Maruti Suzuki India (MSI) expects total vehicle production in September across its plants in Haryana and Gujarat to be just 40 per cent of the normal output due to the semiconductor shortage. 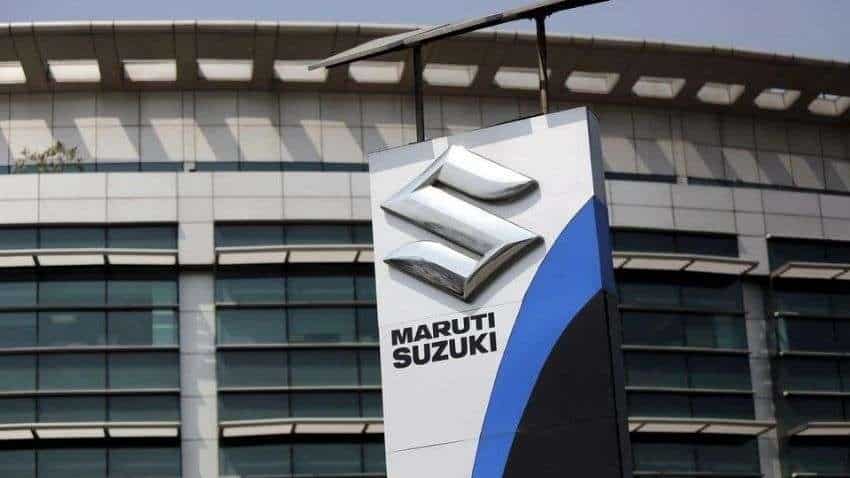 Maruti Suzuki PRICE HIKE from September - THIRD increase in 2021 amid rising input cost; stock up over 2.5%

The country's largest carmaker Maruti Suzuki India (MSI) on Tuesday said it expects total vehicle production in September across its plants in Haryana and Gujarat to be just 40 per cent of the normal output due to the semiconductor shortage.

The company's production capacity at Gurgaon and Manesar plants in Haryana is around 15 lakh units per annum.

Besides, Suzuki Motor Gujarat (SMG), a 100 per cent subsidiary of Japan's Suzuki Motor Corporation, has an additional installed production capacity of 7.5 lakh units per annum.

"Owing to a supply constraint of electronic components due to the semiconductor shortage situation, the company is expecting an adverse impact on vehicle production in the month of September in both Haryana and its contract manufacturing company, SMG in Gujarat," MSI said in a regulatory filing.

Though the situation is quite dynamic, it is currently estimated that the total vehicle production volume across both locations could be around 40 per cent of normal production, it added.

Semiconductors are silicon chips that cater to control and memory functions in products ranging from automobiles, computers and cellphones to various other electronic items.

The usage of semiconductors in the auto industry has gone up globally in recent times with new models coming with more and more electronic features such as Bluetooth connectivity and driver-assist, navigation and hybrid-electric systems.

Industry experts feel that enhanced demand for automobiles in the past few months has put pressure on the global supply chains leading to a shortage.

Earlier this month, SMG, which supplies cars exclusively to MSI, had announced that it would scale down production activity in August at its Ahmedabad-based manufacturing plant due to semiconductor shortage.

The company had also decided to scale down production to single shift at some manufacturing lines in the plant. All units produced in SMG are supplied to MSI.

Suzuki had established SMG in March 2014, aiming to secure production ability in preparation for the automobile market growth in India, as well as for expansion of exports from the country.

Maruti Suzuki PRICE HIKE from September - THIRD increase in 2021 amid rising input cost; stock up over 2.5%

Stocks to buy: Keep your eyes on these 20 stocks to make profit today- check full list

Buy, Sell or Hold: What should investors do with ICICI Bank, Axis Bank and KEC International?