In a first, IndiGo to operate wide-body Boeing 777 planes for international operations

With the civil aviation sector slowly recovering from the pandemic blues globally, airlines, including those from India, are looking to expand their fleet as well as routes to cater to the rising travel demand. 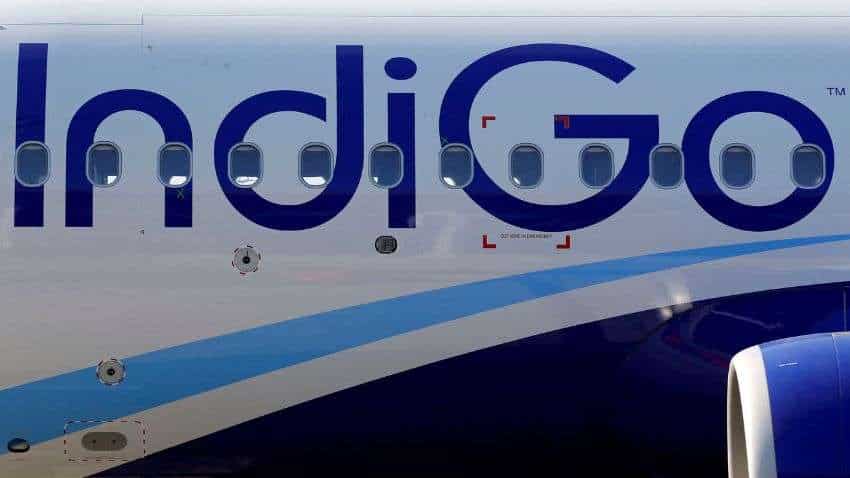 Currently, the airline has more than 275 planes and operates more than 1,600 flights daily. Pic: Reuters

For the first time, the country's largest airline IndiGo will soon lease up to four wide-body Boeing 777 planes to cover the shortfall in its international operations, according to officials.

The airline said the wet-leasing of "certain aircraft" will be done as an interim measure.

IndiGo, which has so far only been operating narrow-body Airbus planes, ATRs and freighters, will now be having wide-body aircraft in its fleet.

Currently, the airline has more than 275 planes and operates more than 1,600 flights daily.

IndiGo has decided to induct up to four Boeing 777 aircraft on a wet-lease basis. There will be Boeing 777-200 LRs and Boeing 777-300 ERs, which will be deployed, especially on international routes, in the upcoming winter schedule, the airline officials said on Wednesday.

An IndiGo spokesperson said that as the aviation industry globally continues to face significant supply chain disruptions, the airline has been exploring a multitude of solutions to enable it to continue operations smoothly and to provide customers with efficient and affordable travel.

"As an interim measure, we have decided to take on wet/damp lease certain aircraft to cover the shortfall for our scheduled international operations.

"We have received an in-principle approval from the regulators for the same and the induction of these aircraft remains subject to further requisite regulatory approvals. We are committed to exploring every opportunity possible to overcome these capacity challenges and provide our customers with efficient and affordable air travel," the spokesperson said.

According to the airline, international air travel is going through a strong period of recovery, and demand continues to rise in the upcoming festive and winter season.

This is a positive sign for the industry and IndiGo remains very bullish on strong growth for international travel to and from India in the future, it added.

With the civil aviation sector slowly recovering from the pandemic blues globally, airlines, including those from India, are looking to expand their fleet as well as routes to cater to the rising travel demand.

On Tuesday, IndiGo announced the launch of direct flights between Mumbai and Istanbul as part of expanding its overseas network.

A senior official of the International Air Transport Association (IATA) on Tuesday said the Indian market is very important and is already contributing massively to some parts of the world.

"I can see many airline companies are starting, resuming or expanding their network to India. Definitely, a key market (India) for the region and the rest of the world," IATA's Regional Vice President for Asia Pacific Philip Goh had said.

Credit rating agency Icra in a recent report said it estimates that domestic passenger traffic will reach pre-Covid levels by the March quarter (Q4FY23 vs Q4 FY2020) this fiscal while the international traffic is expected to see a full recovery in the second quarter of the next financial year starting April 2023.

The overall recovery in domestic traffic remained strong and is expected to recover to 97-98 per cent of pre-Covid levels in FY2023 itself, Icra said.