Arun Jaitley said many of the car companies had not passed on the earlier tax relief for hybrid cars on to customers and was a reason they had taken the step to increase the GST rates for hybrid cars. 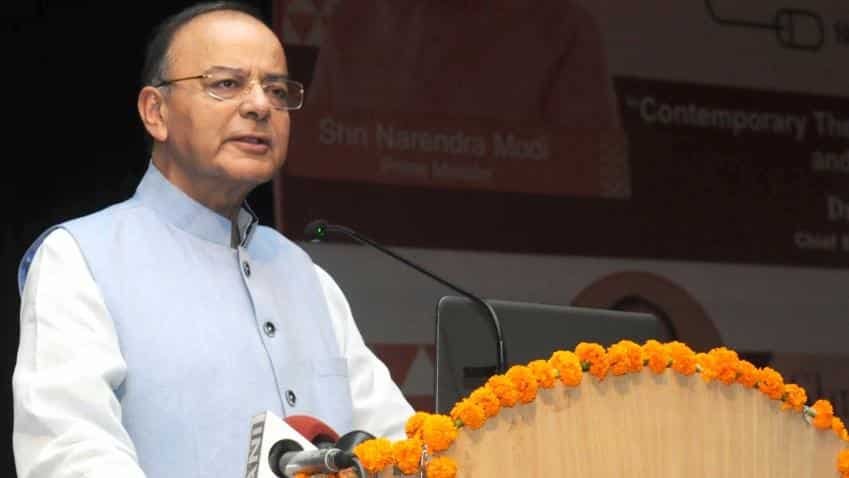 In a response to automobile companies who are 'angry' with the government's decision to charge a higher tax for hybrid cars under the goods and service tax (GST), Finance Minister Arun Jaitley in an exclusive interview Mihir Bhatt, Editor, Zee Business said that cars companies need to question themselves why did they not pass on the tax benefit given to them earlier for small hybrid cars.

Jaitley further said that despite giving a tax relief for smaller hybrid cars, the automobile companies instead of passing on the relief went on to increase the prices of their cars.

“The first thing is that for the small cars we had give them a (tax) relief. Did they (car companies) pass on that relief to their consumers? Or did they increase the price of their cars after that? And if they have increased this then they themselves have to answer this question (regarding the increase of tax for hybrid cars),” Jaitley said.

He said that automobile companies' pricing policy has to be for the public.

“When you have been given (tax) relief for hybrid small cars and you have not passed that benefit on to customers and now you are telling me that for luxury vehicles give us the same (tax) relief too,” he said.
Jaitley further pointed out that the those who want to buy a luxury (hybrid) car can afford to pay a higher price.

“The first thing is that those who want to buy a luxury car can afford to pay higher. The second, pass on the tax relief to the common man who buy the small cars,” he added.

Under the GST tax regime hybrid cars will attract 43% tax slab, from just 12.5% earlier. This will increase the prices of all hybrid cars including mild hybrids as well as strong hybrid cars.

Cars such as the Maruti Suzuki Ciaz, Ertiga, Mahindra Scorpio and Toyota Camry are expected to see a large rise in prices due to GST. A reason why many of these automobile companies have been angry with the government's decision.

Sooner or later states will have to bring petroleum under GST, says Arun Jaitley

Defer GST rollout as IT network not ready: Assocham to Arun Jaitley

In a first, states ranked for food & nutrition