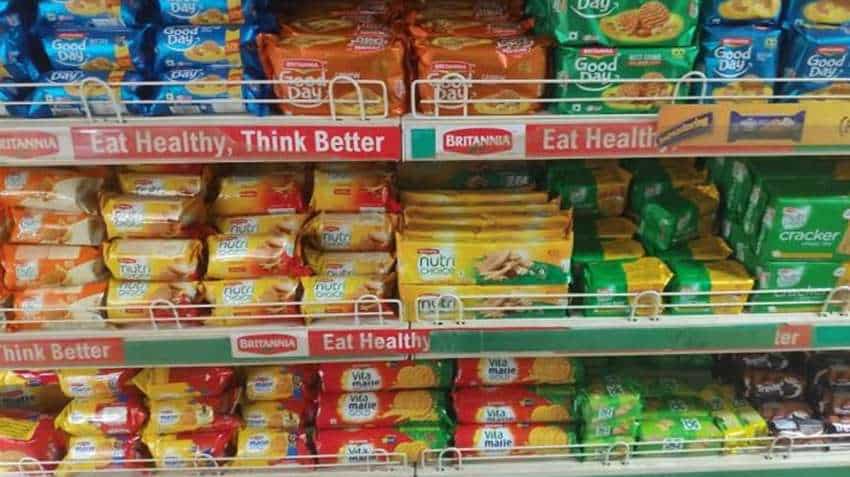 Motilal expects 6 per cent volume growth in the base business in Q3FY22: PTI

The fast-moving consumer goods (FMCG) major Britannia Industries Limited is likely to report muted third quarter earnings for the financial year 2021-22 (Q3FY22) on Friday. The majority of the analysts see the bottom line and margins of the company contracting, while top line may grow marginally on a year-on-year basis.

Motilal expects 6 per cent volume growth in the base business in Q3FY22 and a sharp decline in GM likely due to inflation in key RM, while EM to sustain in the mid-teens on cost-saving initiatives.

However, on the QoQ basis, it should improve by 50bps owing to price hikes and grammage reductions, it added. Key monitorables as per Axis include demand environment; RM cost outlook; Market share trends; Update on core biscuits portfolio and adjacencies and Update on ICDs.

While another domestic brokerage firm ShareKhan also estimates the contraction in PAT by over 20 per cent to Rs 361 crore and around 7 per cent growth in revenue YoY to Rs 3382 crore in Q3FY22.

The brokerage said, “Most consumer goods sector will be affected by slowdown in the domestic demand environment (especially in rural markets) and sustained raw-material inflation affecting revenue and profitability of companies under coverage.”