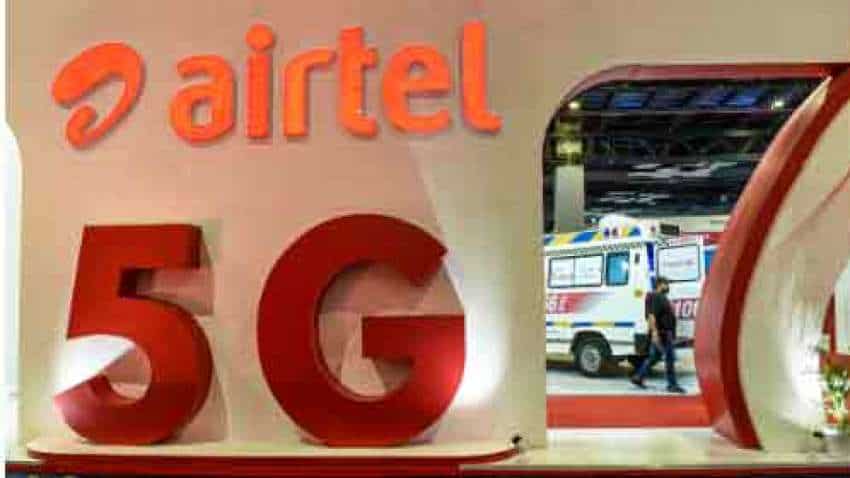 Bharti Airtel has become the first telecom companies to launch 5G services in the country.The 5G service will be available in eight cities from Saturday, Bharti Airtel chairman Sunil Bharti Mittal said while addressing the sixth edition of Indian Mobile Congress (IMC) 2022 in the presence of Prime Minister Narendra Modi and IT Minister Ashwini Vaishnaw

Meanwhile, Reliance Industries Chairman and Managing Director Mukesh Ambani on Saturday confirmed that Jio will bring 5G services to all Indians by December 2023, while beleaguered Vodafone Idea said its 5G rollout journey will begin soon, however, it failed to specify launch date or , coverage timeline.

Here is what the representatives of these telecom giants said at the Indian Mobile Congress (IMC) 2022:

Bharti Airtel's 5G service will be available in eight cities from Saturday, its chairman Sunil Bharti Mittal said on Saturday. "When you (Prime Minister) will launch 5G today. 5G from Airtel will be available in 8 cities - Delhi, Mumbai, Varanasi, Bangalore and other cities," Mittal said. He also said that Airtel will roll out 5G services in several cities across the country by March 2023 and across India by March 2024.
According to a senior company official, Airtel 5G services will be available at existing 4G rates and a new tariff for 5G will be announced after some time. The officer said the 5G services are also being launched in Chennai, Hyderabad and Siliguri.

Bharti Airtel Chief Technology Officer Randeep Singh Sekhon said,"We need to install some equipment on mobile towers for 5G service. We are doing it gradually. As of today, the service will be available in the area close to towers where the equipment has been installed," Sekhon added.

Bharti Airtel had placed the order for 5G gears with Ericsson, Nokia and Samsung immediately after the auctions were over. The Sunil Mittal-led firm recently acquired 19,867.8 MHZ spectrum in 900 MHz, 1800 MHz, 2100 MHz, 3300 MHz and 26 GHz bands, bolstering its spectrum holding. Bharti Airtel acquired spectrum worth Rs 43,084 crore in the just-concluded auction.

Reliance Jio will roll out standalone 5G services in select cities in the country by Diwali. To build pan-India true 5G network, Jio has committed a total investment of Rs 2 lakh crore.

These will be expanded to other cities and towns in phases rapidly to cover the entire country by December 2023.

Jio 5G will be the world`s largest and most advanced 5G network. Unlike other operators, Jio`s 5G network will be stand alone with zero dependency on 4G network.

The three-fold advantage of standalone 5G architecture, largest and best mix of spectrum and Carrier Aggregation technology means that Jio 5G will be able to offer an unparalleled combination of coverage, capacity, quality and affordability.

Vodafone Idea plans to begin the journey to roll out 5G services, matching rivals Reliance Jio and Bharti Airtel, but the firm has offered no specific timeline for the launch or coverage of the ultra high-speed internet services.

Aditya Birla Group Chairman Kumar Mangalam Birla on Saturday pledged the telco's commitment to taking India on "the new pace of country's digital journey" while speaking at the inauguration of India Mobile Congress 2022 and launch of 5G services in the country by Prime Minister Narendra Modi.

"We will soon begin 5G rollout journey. We will leverage our strong presence in rural India, our enterprise customers, our tech partners, and global experience of Vodafone Group for progressively rolling out our 5G network and services in the coming period," Birla said.

Unlike its rivals Reliance Jio and Airtel that outlined firm timelines for the launch of 5G services, Vodafone Idea did not disclose any rollout schedule or timeframe.

Earlier, Prime Minister Narendra Modi on Saturday inaugurated sixth edition of the India Mobile Congress (IMC) and launched 5G services at Pragati Maidan in New Delhi. The IMC 2022 is scheduled to be held from 1st to 4th October with the theme of “New digital Universe”, which will bring together leading thinkers, entrepreneurs, innovators, and government officials to discuss and showcase unique opportunities emerging from the rapid adoption and spread of digital technology.