The resumption of economic activity in China has lent some momentum to the Indian auto sector making the valuations of the automobile companies "attractive", a detailed research by Zee Business' Kushal Gupta reveals 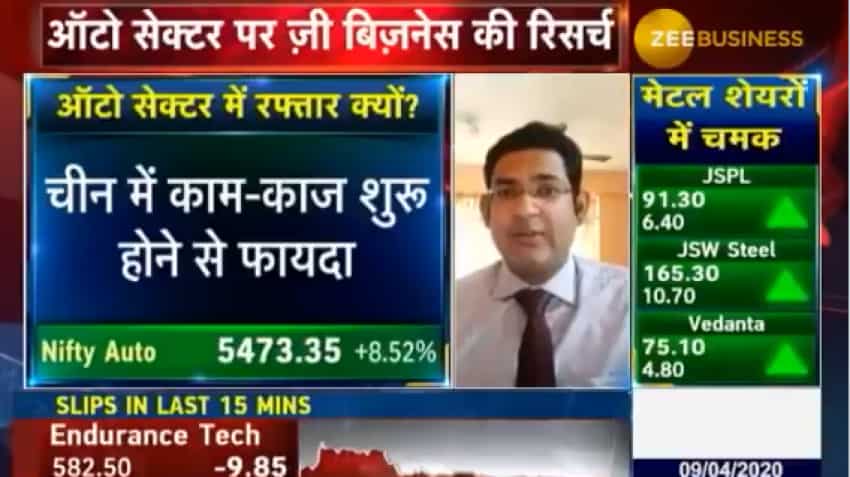 The resumption of economic activity in China has lent some momentum to the Indian auto sector making the valuations of the automobile companies "attractive", a detailed research by Zee Business' Kushal Gupta reveals.

Gupta says that the current momentum in the auto stocks is on the back of two major developments. One is the beginning of economic activity in China. The other is expectation of of some relief package by the government for the automobile sector. This factor could likely become a big trigger.

These have made the current valuations look attractive, he said.

Around 98.8% dealers in China have started their operations according to China Automobile Dealer Association (CADA). The declaration was made by the association after it conducted a countrywide survey in which over 8700 dealers participated. News about dealers opening their stores and resuming operations has augured well for the overall sector. Many policy incentives are also being introduced in China to promote the demand further.

There have been positive indication from Europe and the US. Mercedes maker Daimler has announced that it would try resuming operation in Germany from 20 April. Meanwhile, Tyre manufacturer Bridgestone has also indicated that it could resume operation in US from Monday (13 April).

Announcements made by Original Equipment Manufacturers (OEMs) can be taken in taken in good light. Big OEMs are likely to start production by April end or May beginning, Gupta said.

In the context of India, the development has ensured some loosening in supply disruptions.

The Finance Ministry is also preparing to bring additional relief package on top of what it announced earlier. Any relief measure for the auto sector may trigger growth, he said.

Industry's demand to bring down the Goods & Services Tax (GST) from 28% to 18% is among the proposals, industry has made to the ministry.

Industry is also looking for rebate on auto loans for the customers under the current circumstances.