The post-war modern design movement gathered speed somewhere around 1945, with a pronounced sensibility and simplicity in form driving the way everything took shape. 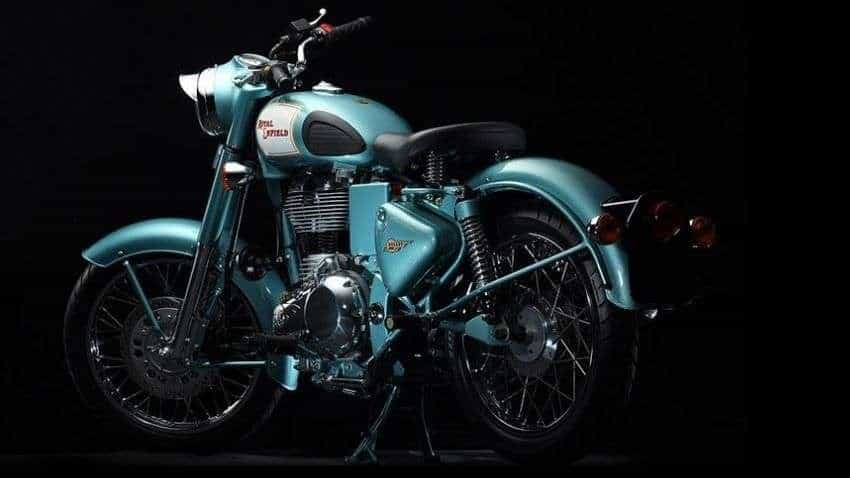 The company is planning to roll out the 2021 Classic 350 in the domestic market on 1st September 2021.
Reported By: ZeeBiz WebTeam
Edited By: Prashant Singh

Royal Enfield has officially announced the launch date of the new 2021 Classic 350 motorcycle. The company is planning to roll out the 2021 Classic 350 in the domestic market on 1st September 2021.

The Post-War modern design movement gathered speed somewhere around 1945, with a pronounced sensibility and simplicity in form driving the way everything took shape. In Europe post-war motorcycle companies were more concerned with designing practical, economical transportation. This factor greatly affected the basics of motorcycle design during that time.

After the end of WW-II, Royal Enfield resumed the production of the civilian models, namely the single cylinder OHV 350cc Model G and the 500cc Model J. These motorcycles had a rigid rear frame and telescopic front forks. The simplistic design of these motorcycles made them perfect ride-to-work machines, catering to the ever-growing demand for efficient modes of transportation. In 1948, a ground breaking development in the form of rear suspension springing started being offered on the roadgoing models ensuring a comfortable ride.

Besides the tear-drop shaped fuel tank the other characteristic that seemed to catch on was the introduction of rubber ‘Thigh Pads’ on the sides of the fuel tank. Not only did they serve the purpose of enhancing grip when a rider is hugging the tank with his legs, but also helped protect the tank surface from abrasion.

The shape and proportions of components like the mudguards, the short & angular silencer, tool boxes, etc., all made the motorcycle visually well balanced. The basic shapes of the headlamp casing (casquette) and the fuel tank were retained to give a more authentic feel to the motorcycle when compared to the Bullet.

On the whole, the aim of achieving a postwar image in a motorcycle was worked out by having the right proportions, and the period fit & finish of the chassis, bodywork and engine. ‘Overall visual harmony in a classical form’ was what Royal Enfield tried to achieve in this motorcycle. During the Initial production run, the Royal Enfield Classic rolled off the line in three beautiful colour variants – Classic Teal Green, Royal Maroon and Black.