Toyota Motor Corp will launch an all-electric small sedan in China late next year, having turned to local partner BYD for key technology to finally make an affordable yet roomy runaround 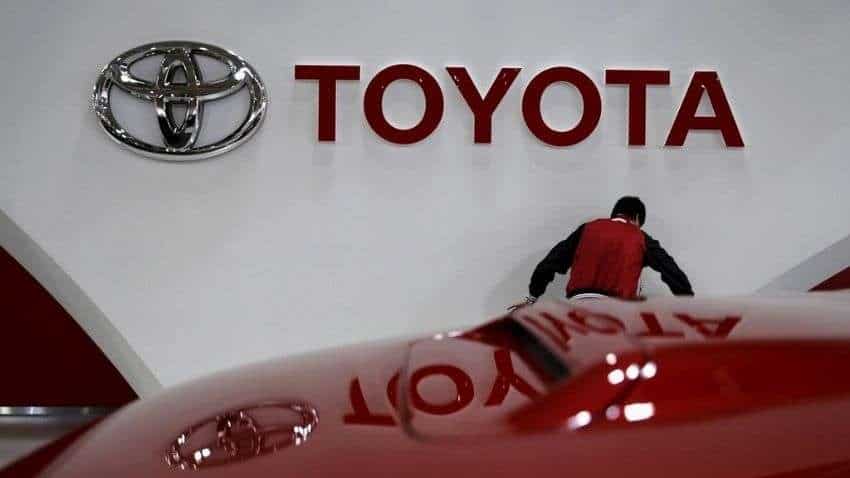 Two of the four people with knowledge of the matter described the car as an electric holy grail for Toyota which has struggled for years to come up with a small EV that is both competitive on cost in China and doesn`t compromise on comfort.

The sources said the breakthrough was chiefly down to BYD`s less bulky lithium-iron-phosphate (LFP) Blade batteries and its lower-cost engineering know-how - a turning of the tables for a Chinese company whose popular F3 saloon was inspired by Toyota`s Corolla back in 2005.

Little known outside China at the time, BYD, or "Build Your Dreams", hit the headlines in 2008 when Warren Buffett bought a 10% stake and it has since become one of the biggest manufacturers of so-called new energy vehicles in the world.

Toyota`s new EV will be slightly bigger than its compact Corolla, the world`s best-selling car of all time. One source said think of it as "a Corolla with bigger back-seat section".

It will be unveiled as a concept car at the Beijing auto show in April and will then most likely be launched as the second model in Toyota`s new bZ series of all-electric cars, even though it will only be on sale in China for now.

"The car was enabled by BYD battery technology," one of the sources told Reuters. "It has more or less helped us resolve challenges we had faced in coming up with an affordable small electric sedan with a roomy interior."

It will be pitched below premium EVs such as Tesla`s Model Y or the Nio ES6 but above the ultra-cheap Hong Guang Mini EV, which starts at just $4,500 and is now China`s best-selling electric vehicle.

Two of the four sources, all of whom declined to be named because they are not authorised to speak to the media, said the new Toyota would be priced competitively.

One said it would likely sell for under 200,000 yuan ($30,000), aiming for a segment of the Chinese market Tesla is expected to target with a small car within the next two years.

"We don`t comment on future products," a Toyota spokesperson said. "Toyota considers battery electric vehicles as one path to help us get to carbon neutrality and is engaged in the development of all types of electrified vehicle solutions."

The fact Toyota has been compelled to turn to BYD to solve its low-cost EV conundrum shows how far the competitive balance of the global auto industry has tipped in the past decade.

When the quality of Chinese vehicles was considered below par, global automakers were not too concerned that they couldn`t compete on price and left Chinese companies to control the domestic market for cheap, no-frills cars.

But times have changed.

Toyota executives started to worry back in 2015 when BYD launched its Tang plug-in hybrid, with significant improvements in styling, quality and performance. Most worrying was that fact it was still about 30% cheaper than comparable Toyota models.

There was a critical turn of events in 2017 when Toyota`s top engineering leaders, including then-executive vice president Shigeki Terashi, drove several BYD cars such as the Tang at its proving ground in Toyota City near its headquarters in Japan.

Terashi subsequently visited BYD`s headquarters in Shenzhen and drove a prototype of its Han electric car.

"Their long-term quality is still a question mark, but the design and quality of these cars showed levels of maturity, yet they were much cheaper than comparable Toyota models," said one of the four sources, who participated in the test drives.

"We were all kinda floored by that."

Toyota`s new EV comes at a time it is under fire from environmental groups that maintain it is not committed to zero emissions. They say Toyota is more interested in prolonging the commercial usefulness of its successful hybrid technology.

Toyota executives say they`re not against battery electric vehicles (BEVs) but argue that until renewable energy becomes more widely available, they won`t be a silver bullet for slashing carbon emissions.

Nevertheless, Toyota has set up division in Japan dedicated to zero-emissions cars called ZEV Factory and it is developing safer and lower-cost battery technologies, including solid-state lithium-ion cells which would significantly boost an EV`s range.

While Toyota has long advocated a runaround that doesn`t compromise on comfort as the best way to popularise BEVs, it has struggled to produce such a car.

One problem stems from need to stack bulky, heavy batteries under the floor, as they eat up the interior unless the roof is raised too - which is why many smaller EVs are SUVs.

In 2018, Toyota briefly explored the idea of a battery venture with BYD. That and subsequent interactions led Toyota`s engineers to come across BYD`s LFP Blade battery. They described it as a game-changer as it was both cheaper and freed up space.

"It`s a `scales fell from my eyes` kind of technology we initially dismissed because its design is so radically simple," one of the four sources said.
BYD officially launched its Blade battery in 2020.

LFP batteries have a lower energy density than most other lithium-ion cells but are cheaper, have a longer shelf-life, are less prone to overheating and don`t use cobalt or nickel. Tesla already uses LFP batteries in its Model 3 and Model Y in China.

One of the sources said a typical Blade pack is about 10 cm (3.9 inches) thick when the modules are laid flat on the floor, roughly 5 cm to 10 cm thinner than other lithium-ion packs.

A BYD spokesperson said that was possible, depending on how an automaker packages the Blade pack in a car.

While Toyota has not fully solved the puzzle as to how BYD keeps coming in low on costs, two of the sources said one factor may be its abbreviated and flexible design and quality assurance process - which some Toyota engineers see as cutting corners.

Toyota`s planning process is much more rigid and thorough, the sources said. Once it has decided on the technologies, components and systems at the outset of a car`s three-to-four-year development process, it rarely changes designs.

During the process, Toyota typically does three design prototypes and three manufacturing prototypes. Some are driven about 150,000 km (93,000 miles) to bullet-proof quality and reliability when testing for emissions or bad-road durability.

At BYD, engineers do far less prototyping - there are typically just two - and designs can be changed as late as two years into the process, which is a definite no-no at Toyota, one source said. A BYD spokesperson declined to comment.

But as a result of those last-minute changes, the technology in a BYD car is much more up to date than in a Toyota when it hits the market, and is often cheaper.

The four sources believe that further advances in simulation and virtual engineering know-how, as well as the fact that BYD produces a wide array of its own components, have helped it close potential gaps in quality and reliability that could stem from such last-minute design changes.

"Our challenge at Toyota is whether we dismiss BYD`s way of engineering as being loosey-goosey and too risky, or whether we can learn from it," one of the sources said.

Toyota cuts production target by 3% on parts and chips shortages

Apple in talks with Toyota about Apple Car production: Report

Obligatory cession for GIC RE reduced from 5% to 4%; know what this means for company!