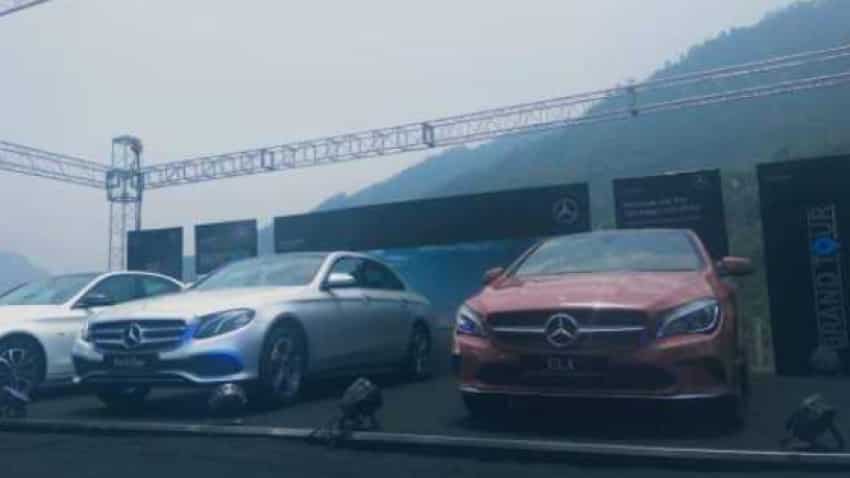 The NGT dismissed the plea saying there is no tangible material to support that there has been violation of law. Source: Mercedes Benz India twitter.

The NGT dismissed the plea saying there is no tangible material to support that there has been violation of law.

A bench headed by NGT Chairperson Justice A K Goel said that the review application is an attempt for re-hearing, which is not permissible.

"It is submitted that there was a prospectus dated May 12, 2020, on the website of the German Federal Motor Transport Authority, KBA, indicting the company which by itself was enough for taking action. We do not find any ground to revisit the order," the bench said.

The NGT on October 19 had refused to entertain the plea alleging falsification of emission readings by the company.

We find that neither the applicant claims to be a victim nor there is any material showing the loss suffered by the applicant. Nor he has shown his representative capacity to safeguard the rights of people who may not be able to directly take the remedy. In absence of adequate particulars, we do not find it appropriate to entertain this application,? the tribunal said.

The tribunal was hearing a plea filed by Tanuj Mittal alleging falsification of emission readings by Mercedes Benz.

The plea stated that as per the prospectus issued by the company in May, the installation of cheat device in the engine and findings recorded by the German Federal Motor Transport Authority are mentioned.

On this basis, the plea sought action be taken against the management of the car manufacturing company.