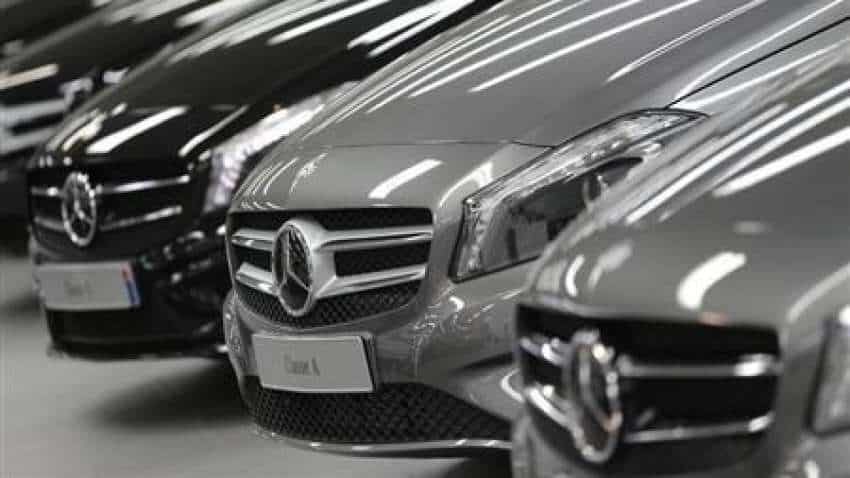 Geely and Mercedes-Benz said on Wednesday they would each invest 2.7 billion yuan ($388.8 million) in a China-based venture to build "premium and intelligent electrified" vehicles under the Smart brand. Photo: Reuters

Mercedes-Benz will build smart-branded electric cars with Zhejiang Geely Holding Group in the Chinese city of Xian from a base with an annual capacity of around 150,000 vehicles, a senior official from its German parent Daimler AG said on Saturday.

Daimler`s Executive Vice President in China Leng Yan made the comments to Reuters on the sidelines of China`s EV100 forum in Beijing, an annual event where senior auto industry executives meet to discuss policies and the market.

Geely and Mercedes-Benz said on Wednesday they would each invest 2.7 billion yuan ($388.8 million) in a China-based venture to build "premium and intelligent electrified" vehicles under the Smart brand.

Like Mercedes-Benz, Smart is a Daimler marque. The firms said at the time that the venture, which will be based in the eastern Chinese city of Ningbo, will have manufacturing capacity in China and sales operations in China and Germany.

Geely, which holds a 9.7% stake in Stuttgart-based Daimler, is building car plants in Xian, according to construction bidding documents on its website. Daimler, which partners with BAIC Group to make luxury Mercedes-Benz cars in Beijing, also builds trucks with BAIC`s unit Beiqi Foton Motor.

Mercedes-Benz rolls out new format of retailing cars in India