In his address to shareholders in the company's annual report for 2021-22, Chairman RC Bhargava has said that the upcoming mid-sized SUV Grand Vitara will play a key role in the challenge to touch 20 lakh units 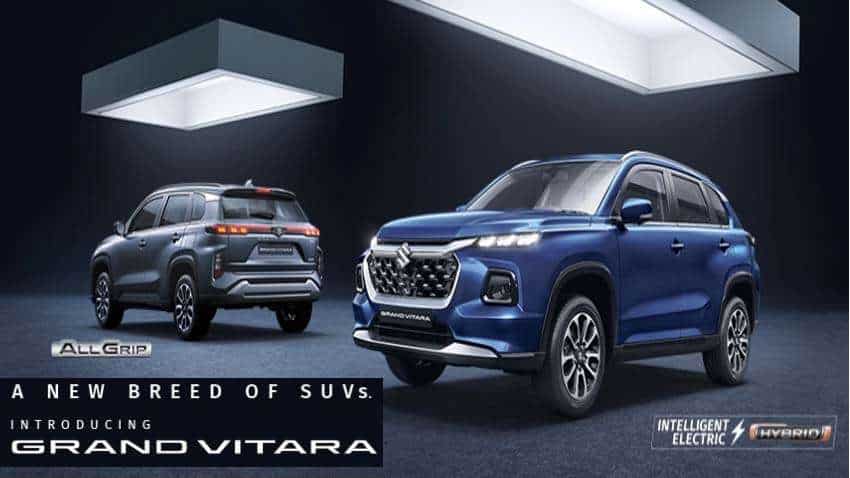 In his address to shareholders in the company's annual report for 2021-22, Chairman RC Bhargava has said that the upcoming mid-sized SUV Grand Vitara will play a key role in the challenge to touch 20 lakh units.

This will be on the back of improving availability of semiconductors, according to company Chairman.

Bhargava further said the launch of Grand Vitara, which will be manufactured by Toyota at its Karnataka factory, "is one of the reasons why we are expecting to increase production and challenge 2 million units".

The new SUV will also come with Toyota's strong hybrid technology, which "is the first-time cars with this technology would be manufactured in India", he claimed.

It had lost out on sales in the first quarter of the fiscal due to the pandemic and production being affected by the shortage of semiconductors, mainly for domestic models, Bhargava wrote.

"The number of unmet bookings with the company at the end of the year rose to about 2.7 lakhs," he said, adding MSIL's market share declined to 43.4 per cent from nearly 50 per cent as it lost some opportunity in the domestic market.

On the outlook for the current year, he said, "The vehicle production would increase as the situation regarding the availability of semiconductors has improved. Your company has also made further improvisations to enhance production. I am exhorting our team to reach 2 million units, though doing that remains a challenge."

Enhancement of Maruti Suzuki's SUV portfolio is necessary to offset the decline in sales of the non-premium hatchbacks, the core segment of the company, which declined by 5 per cent in FY22 due to rising costs as compared to 2020-2021, and were lower by 29 per cent as against 2018-19, he added.

"On the other hand, the SUV sector continued to grow. We did not have enough models in this segment to compete effectively, though the situation has now become much better with the launch of the remodelled Brezza and the global launch of Grand Vitara," Bhargava said.

More models are to follow, he said adding, "We are hopeful that MSIL's market share will rapidly increase in the SUV segment."

On electric vehicles (EVs), he said the Gujarat plant of Suzuki Motor Corporation will start production from 2024-25 and will be sold by MSIL.

"As I had mentioned last year, it will take time for EVs to become the major product in all the segments of the car market. In the period till this change happens, the object of carbon footprint reduction would be facilitated by incentivising the use of CNG, ethanol, biogas and strong hybrids in addition to EVs," he added.

To meet future demands, Bhargava said MSIL has finalised land purchase at Kharkhoda in Haryana for its new manufacturing plant, where it is investing Rs 11,000 crore in the first phase.

"We are giving high priority to expanding production facilities at this site so as to meet future demands. The first unit is planned to be commissioned in 2025 and the second about a year later," he added.

Depending on market conditions, Bhargava said, "... This site has the potential to become one of the largest car manufacturing sites anywhere in the world. The facilities will incorporate the best of technology and generate employment opportunities in the State of Haryana and all over India."

Hyundai likely to launch its electric car in India by 2019