Maruti Suzuki India (MSI) plans to drive in CNG trims across its product range as it remains bullish over long-term prospects of the segment amid increase in fuel prices and drop in diesel car sales, according to a senior company official 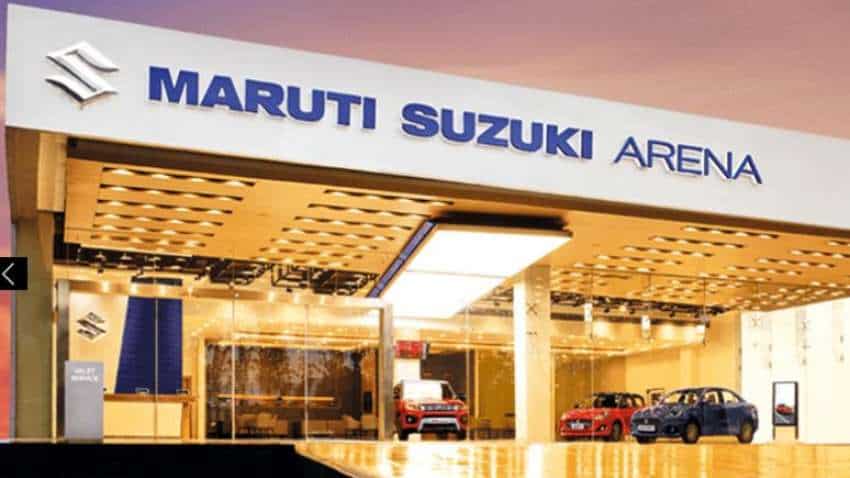 The company, which sold around 1.62 lakh CNG cars last fiscal year, is also counting on the rapid expansion of CNG dispensing outlets across the country to bring in more CNG products. Source: Website

Maruti Suzuki India (MSI) plans to drive in CNG trims across its product range as it remains bullish over long-term prospects of the segment amid increase in fuel prices and drop in diesel car sales, according to a senior company official.

The company, which sold around 1.62 lakh CNG cars last fiscal year, is also counting on the rapid expansion of CNG dispensing outlets across the country to bring in more CNG products.

Bullish on the expansion of the sales network, the automaker expects its CNG car sales to almost double this fiscal year over 2020-21.

"In 2021-22 we expect to sell around 3 lakh CNG units. It is when many of our models do not have CNG option right now. Out of 15 brands we sell, CNG option is available in just seven models. We are trying to bring CNG options in rest of the portfolio," MSI Senior Executive Director (Sales and Marketing) Shashank Srivastava told PTI in an interaction.

The automaker currently leads the CNG space by a distance in the domestic market with over 85 per cent market share in the segment.

Around 1.9 lakh units with CNG powertrain were sold in the country last fiscal year with MSI alone retailing over 1.6 lakh units.

Srivastava noted that with enhanced product range, its CNG sales would further go up in the coming years.

He noted that rise in registration and road taxes etc and other regulatory requirements, over the last few years have led to a gradual increase in prices of the cars.

Besides, running costs have gone up due to increase in fuel prices, he added.

"There is an issue which we have raised is the affordability of the entry-level segment. Such cars should be kept in the reach of first time buyers who are upgrading from two-wheelers. If the passenger vehicle industry has to grow we need to support this segment," Srivastava said.

This segment is quite price sensitive and therefore if the industry is looking at growth of the overall market, steps need to be taken to keep the acquisition cost of such cars reasonable, he noted.

"If we don't do that the industry volumes would suffer...We can't lower the tax part but what we can do is to bring down the running cost of the cars. Indian customers are very sensitive towards running costs of their cars.That is where CNG cars come in, there is so much demand for CNG cars right now," Srivastava stated.

It is now gearing up to launch a CNG version of the recently introduced all-new Celerio as well.

Srivastava noted that CNG vehicle sales were growing as new cities were getting added to the CNG gas distribution network.

"It has touched 293 cities now from 143 locations three years ago. Next year it may increase to over 330 cities," he stated.

By 2025, the figure is slated to touch 10,000 mark as even the government is supporting CNG because it lowers the country's oil import bill, Srivastava noted.

"Sales are also going up because people have now realised that factory fit CNG is safe and there is no compromise on performance as well," Srivastava said.

When asked about re-launch of diesel vehicles, he stated that it may not happen in the near future.

He noted that share of diesel vehicles was coming down month after month and is now less than 17 per cent of the overall PV sales.

"In hatchbacks and sedans it is less than 2 per cent. It is just in the mid SUV segment that there is still some traction..There is very less difference in petrol and diesel fuel prices right now so people are shifting towards petrol and CNG cars," Srivastava said.

The company expects the situation to remain like that in the future as well, he added. "In 2013-14 diesel cars accounted for 60 per cent of the overall sales, now it has come down to less than 17 per cent. So we don't have much interest in diesel as of now due to this decline in sales," he noted.

The auto major had discontinued diesel models from its portfolio with the onset of stricter BS-VI emission norms from April last year.

On April 26, 2019, MSI Chairman RC Bhargava had announced that the company will phase out all diesel cars from its portfolio with effect from April 1, 2020.

He reasoned that small diesel cars would see the maximum impact in terms of pricing with the coming of BS-VI compliant engines.

He, however, at that time had added that if there is a demand for BS-VI diesel cars, the company might go ahead and cater to that demand. PTI

Maruti Suzuki hikes vehicle prices by up to 4.3% pc to offset rise in input costs; from Alto to S-Cross, cars that are likely to see impact