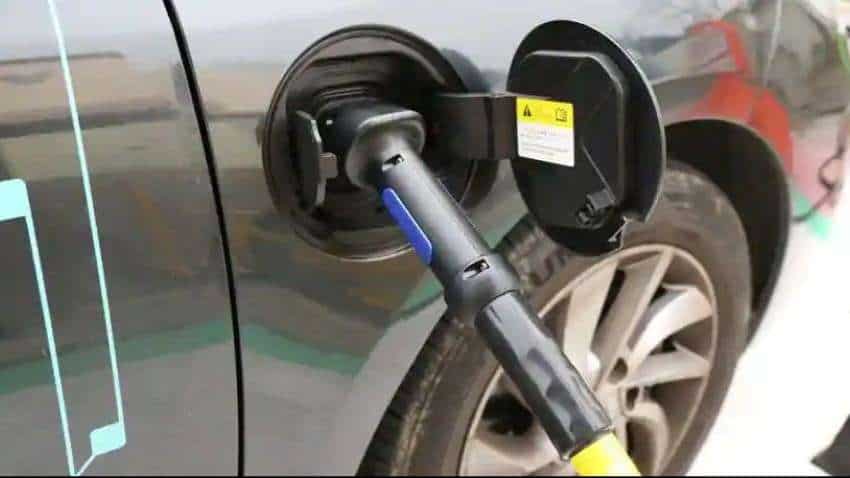 Recently Ola CEO Bhavish Aggarwal tweeted about the Rs 2,354 crore project: "In just 4 months, this place has been transformed from acres of empty rock land to the world's largest 2W factory. The Ola Futurefactory phase 1 is nearing completion! The scooters are coming soon! Great work by team."

Be that as it may, already Ather Energy backed by Hero MotoCorp has started rolling out electric two-wheelers from its plant in Hosur.

The company has announced additional investment of about Rs 635 crore over the next five years.

Diversified engineering company Greaves Cotton Ltd's subsidiary Ampere Vehicles will roll out its electric two-wheelers from its Ranipet plant by the end of this year.

Initially the production capacity will be about one lakh units per annum and it will be increased to one million units over a period of time and discussions are on for the development of vendor base for various components, Nagesh A. Basavanalli, Managing Director, Group CEO Greave Cotton and Director, Ampere Vehicles Private Limited told IANS.

Greaves Cotton has signed an MoU with the Tamil Nadu government to invest about Rs 700 crore over the period of 10 years to set up a plant with an annual capacity of one million units.

The latest to decide on investing in an EV plant is the Rs 38,105 crore Murugappa Group's Tube Investments of India Ltd.

"We will be putting up our electric three-wheeler plant in Chennai where we already have land. We have approached the Tamil Nadu government for incentives as per the EV Policy," a senior company official told IANS preferring anonymity.

K. Mahendra Kumar, Chief Financial Officer said Tube Investments will be investing about Rs 200-250 crore in capex this fiscal and a major portion of that will be for the electric three-wheeler project.

The other probable investor in the segment is Ashok Leyland Ltd that has decided to give a big push in the light commercial vehicle (LCV) segment.

"We are yet to finalise the EV plant location. We are looking at bringing in investors for the project. Once everything is finalised we will make the announcement," a senior official of Ashok Leyland told IANS.

He also agreed that the company has a major presence in Tamil Nadu.

These apart, the state government has signed MoUs with several investors with plans to make EVs and batteries (Elest Pvt Ltd for cell, battery, buses and trucks, QMax for lithium ion, DP Auto for three-wheelers).

So what powers the EV sector in Tamil Nadu?

"Tamil Nadu is one of the fastest growing states with a conducive policy environment for cutting-edge technology development, including EV manufacturing," Basavanalli said.

Continuing further he added: "With its Research and Development centre and strong company presence in Tamil Nadu, it was a preferred choice for Ampere Electric Vehicles to strengthen its presence in the state with the new and upcoming EV plant in Ranipet. We are working towards the availability of a skilled workforce."

The senior official of Tube Investments pointed out the presence of conducive policy and environment in the state.

The existing two and three-wheeler major TVS Motor Company Ltd which has launched its electric two-wheeler is planning to launch an electric three-wheeler, said Venu Srinivasan, Chairman and Managing Director.

"Tamil Nadu has an automotive eco system. Shorn of battery, motors, battery management and cabling system, the skeleton of an EV will be the traditional internal combustion engine vehicle and also the talent pool," a senior industry watcher told IANS preferring anonymity.

For most of the existing automotive vendors, the EV is an extension or extrapolation of their current product lines.

Apart from being the major automobile production base, Tamil Nadu leads in tyre production.

"The vendor base in Tamil Nadu is good and growing. We have strategically located our EV megasite with clear support of supply chain partners and vendor clusters for efficient milk run," Basavanalli said.

On the policy front, Tamil Nadu was one of the earliest to come out with its Tamil Nadu Electric Vehicle Policy 2019 offering incentives for the demand side (vehicle buyers) and supply side the vehicle makers who are investing over Rs 50 crore.

The incentives for vehicle makers ranges from full reimbursement of state GST paid on the sale of vehicles, capital subsidy, 100 per cent exemption on electricity tax, subsidy between 15 and 50 per cent on land cost and others.

For the battery makers a special incentive package is offered.

These apart, the government will develop exclusive EV parks in major auto manufacturing hubs and also in areas which have potential to attract EV investments.

The state policy targets attracting investment of Rs 50,000 crore in the EV ecosystem.

"We are seeing encouraging responses from various states, including Gujarat and Tamil in promoting electric vehicles through favourable EV policies. These policies are good as they help in enhancing affordability and increase EV penetration," Basavanalli remarked.

Tamil Nadu plans to promote conversion of all Auto Rickshaws in six major cities -- Chennai, Coimbatore, Trichy, Madurai, Salem and Tirunelveli to EVs within a span of ten years. This will be extended to other cities and towns in a gradual manner.

The State will support conversion of all taxis and app-based transport operators and aggregators in the six major cities to EVs within a span of ten years.

Similarly, schools and others will also be encouraged to opt for electric vehicles.

The state also announced its plan to convert five per cent of the 21,000 buses owned by state transport undertakings (STU) and introduce 1,000 electric buses every year.