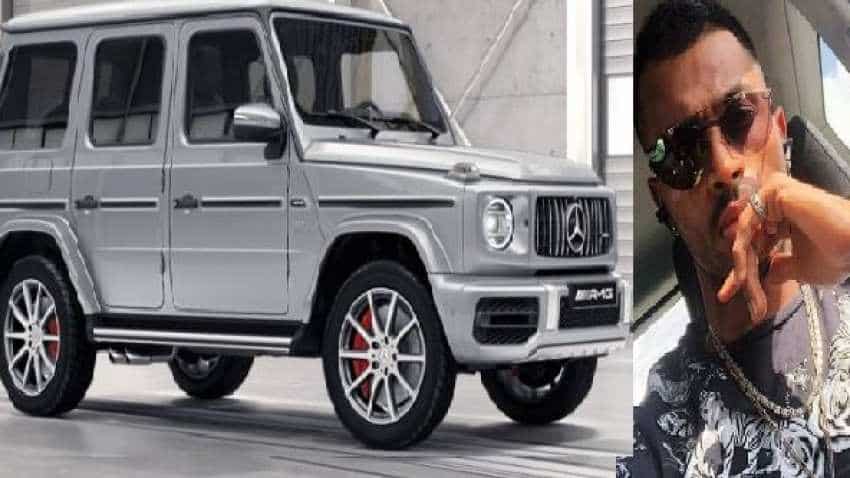 Indian Cricket team's all-rounder Hardik Pandya got his new Mercedes-AMG G63 SUV delivered a few weeks back. The car enthusiast bought a brilliant Palladium Silver Metallic colour finish and was seen driving the car sometime back when someone from inside the vehicle shot the video of him. The video went viral on social media platforms. The new Mercedes-AMG G63 comes for a whopping Rs 2.2 crore, ex-showroom, that makes it one of the most expensive SUVs in the segment.

The new Mercedes-AMG G63 is the best aerodynamically designed G-Wagen ever according to the company. The all new G63 AMG gets a slightly rounded shape as compared to the last version of the model. However, it has the same old the signature boxy design, that makes it unique and special in the market.

The Mercedes massive SUV also has a completely new headlamp cluster that gets full-LED package. New circular DRL around the headlamps, same old bonnet-mounted turn indicators makes it even more attractive. The car has visible door hinges on the side, tailgate-mounted spare wheel and flared wheel arches that add a massive impression to the car.

On the inside, the new G-Wagen has a Alcantara leather and carbon-fibre elements all across. Two 12.3-inch displays add beauty to the car's cockpit. One of the displays can be used as an infotainment screen while the other serves as the instrument cluster of the luxury SUV.

Mercedes-AMG G63 is powered by a giant 4.0-litre bi-turbo V8 petrol engine that generates a massive power of 585 Bhp and a peak torque of 850 Nm.

As far as gear transmission is concerned, the new version has a 9-speed automatic transmission AMG SPEEDSHIFT that transfers the power to all the four wheels. The car can go 0-100 km/h in just 4.5 seconds and can reach an electronically limited top speed of 220 km/h. The owners can also get AMG Driver’s package as an optional add-on version and can increase the speed to 240 km/h.

Mercedes-Benz rolls out new format of retailing cars in India